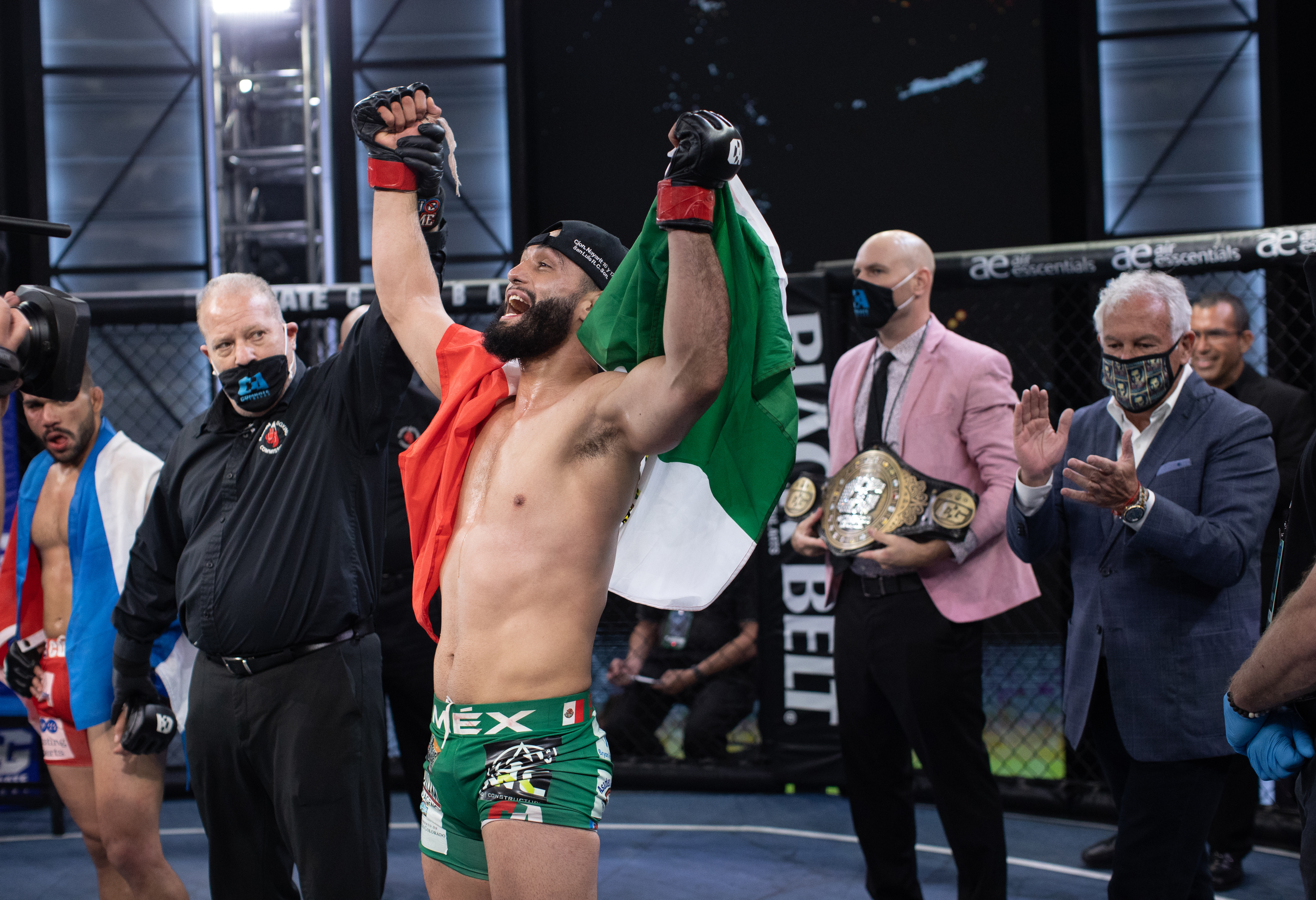 After defeating Anthony Avila in the semi-finals of the four-man tournament for the Combate Global North American championship, Sanchez defeated Gomez in the finals by way of split decision.

However, because Sanchez did not make the 155-pound mark, he did not obtain the championship.

In finals, Gomez stared the fight shooting for takedowns, however, Sanchez defended properly to keep the fight on the fight.

In the semi-finals fight between Gomez and Tommy Aaron, the Cuban seemed gassed out after going three rounds.

Back to the finals, a bloodied Gomez depended on his right hand and hoped for a knockout, but Sanchez was resilient and didn’t budge.

In the third round, both men exchanged. Gomez went for a takedown and attempted a rear naked choke submission, but Sanchez escaped. A bloodied Gomez stood as Sanchez had his hand raised in victory.

Right from the start Soraluz, took her opponent to the canvass where she landed shouts in ground and pound position. The fight quickly went to the feet, where Soraluz landed knees in the clinch.

Soon after, the fight went to the ground where it ended in the first round.

Flash forward to the last round, both Lopez and Soraluz searched for a submission or hoped for a ground and pound finish, however, the fight went to decision.

In a tournament reserve bout, Cristian Perez (4-0) put a quick stop to Geraldo Almonte (3-3) as took him only 29 seconds in the first round to earn a victory by way of submission.

In the preliminary bout, Chris Boasso (3-1) defeated Miguel Lugo (1-1) by way of Technical Knockout in the first round at 4:34.