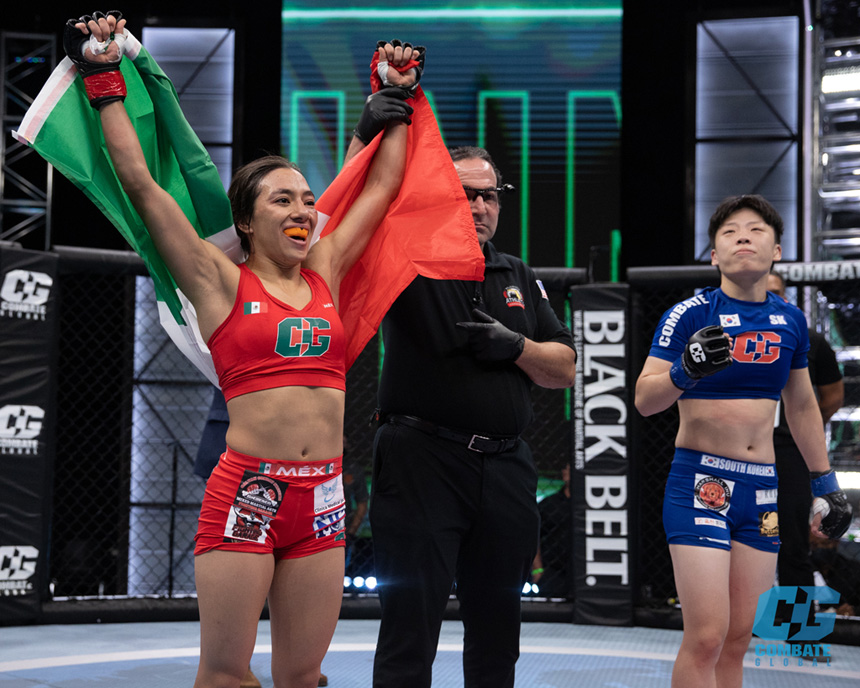 Miami, FL– Mexico’s Ana Palacios (7-1-1) faced her toughest opponent Korea’s Bo Hyun Park to date, but proved why she is the number one ranked atom weight in Combate Global.

Palacios defeated South Korea’s Bo Hyeon Park by way of arm bar submission in the first round at 3:15 in the main event of CG2022 July 15: Palacios vs Park.

Park opened up aggressive striking Palacios right from the start leaving the Bonebreakers fighter puzzled. The Korean threw a right hand that took Palacios to the canvass, but she kept calm. 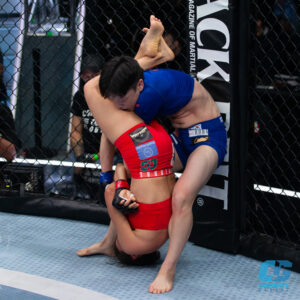 Park gained control on the floor landing hands, but it was when Palacios saw an opportunity to grab an arm trapping and hyperextending the Asian fighter’s arm.

Ruben Lozano earned his first victory inside la jaula kneeing his opponent, a Combate Global veteran, Marcos Bonilla three times while in clinch forcing the referee to step in and stop the fight in the second round at 1:48.

Right from the start, Lozano walked in la jaula confident determined to finish the fight quickly. Throwing great hand combinations and kicks. He also ventured in the ground searching for a submission.

But it was in the second round while in the clinch where the seasoned fighter Bonilla made a mistake as he attempted to escape from the clinch. Lozano landed three vicious knees to Lozano’s head forcing the official to step in and call the fight.

Ana Palacios defeated Bo Hyeon Park by arm bar submission at 3:15 in the first round.

Jose Malespin defeated Daniel Fernandez by rear naked choke in the first round at 2:21.