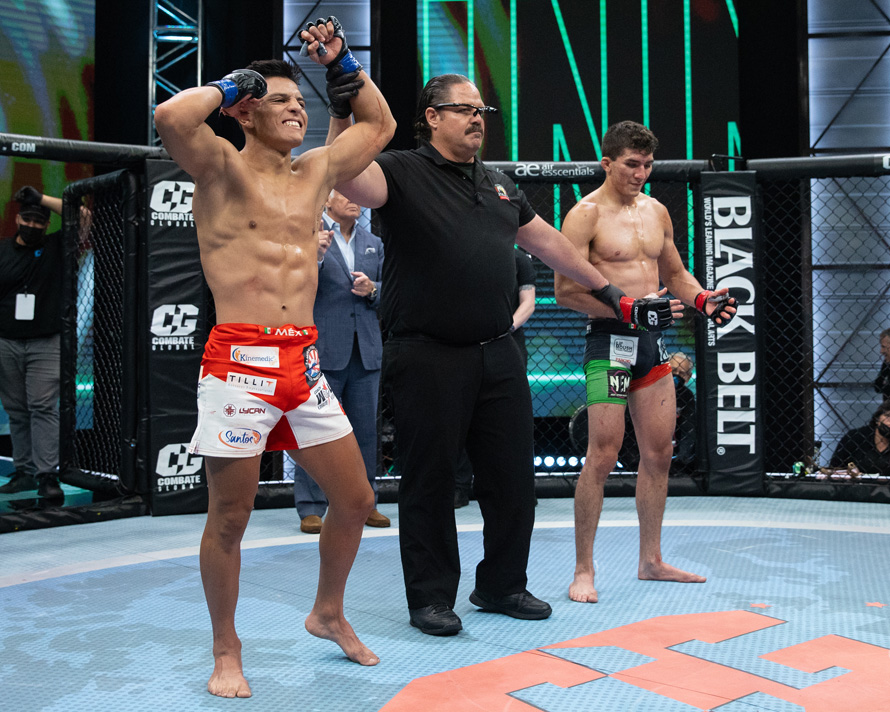 Miami- FL– Axel Osuna (4-1) earned his fourth victory as a professional defeating last year’s “Comeback fighter of the year” award winner Max “Steel Gonzalez at 2:34 in the second round by way of TKO.

The fight kicked off with great fist exchanges and counter attacked by both men. Further down the first round, Osuna went for the take down where he searched for a rear naked choke and other submission, but a bloodied Gonzalez defended himself to survive and compete in the second round. 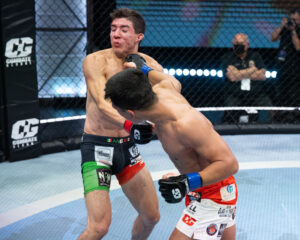 In the second round, the fight opened up similar to the first. Osuna persisted on the takedown in an effort to take the fight to canvass, but Gonzalez wanted to keep the fight going on the feet. However, at one point, Osuna landed a jab and cross that shook Gonzalez, then he flooded with two body shots. The referee stopped the fight. Gonzalez protested the call.

It was a rude awakening for Page who made her debut inside la jauala. Both fighters entertained each others stand up throwing punches and kicks, but eventually Gallardo took the fight to the ground where she hoped to finish the fight early. She landed shots in mount and side control, but Page managed to survive the shots.

However, in the second round, once again both fighters started off exchanging but the fight went to the floor. Gallardo had the upper edge and took full control. From side control, Gallardo was relentless laying several shots. The referee saw enough since Page wasn’t defending herself and stopped the fight.

Moreover, Ireland’s Patrick Lehane once again delivered putting on a striking clinic against Venezuela’s Gabriel Morales. Lehane picked and chose where to land his fist. Moralas was puzzled and didn’t know how to defend since Lehane’s fist where coming in too quickly.

Lehane defeated Morales by way of 4:34 in the second round by way of TKO.

Naomi Tataroglu defeated Alejandra Orozco by way of TKO at 1:20 of the third round.

Patrick Lehane defeated Gabriel Morales at 4:34 in the second round by way of TKO.

Caroline Gallardo defeated Stephanie Page at 2:39 in the second round.

Axel Osuna defeated Max Gonzalez at 2:34 in the second round by way of TKO.