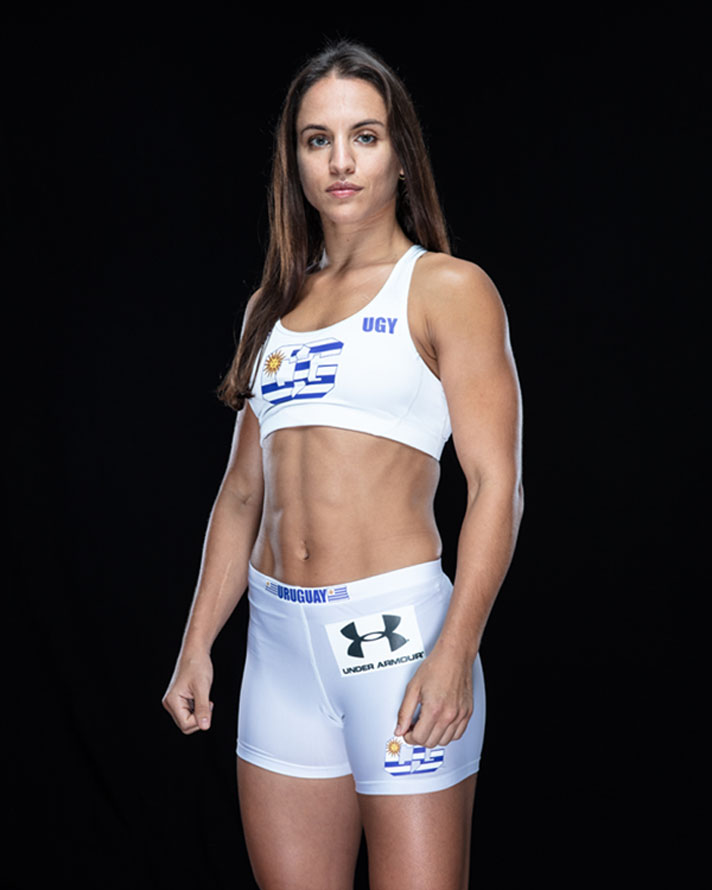 Miami, FL -It is not often beauty meets brawn.

Making her debut inside la jaula, Camila Rivarola will exhibit her ferocious strength and model-like appearance as part of the eight-woman tournament Friday.

Rivarola will meet Carolina Gallardo in a reserve bout scheduled for one five-minute round. In case any tournament participant is unable to continue, the winner between Rivarola and Gallardo will fill in.

Born in Montevideo, Uruguay, but raised in Sweden, Rivarola is a woman of many cultures and fluent in four languages. Rivarola trains out of All Stars Training Center in Stockholm, Sweden coached by Andreas Michael, and trains with the likes of Khazmat Chimaev and Alexander Gustafsson.

Rivarola is 32 years old and has been practicing martial arts since 21 when she began kickboxing. After competing in K-1, one of her coaches realized that “many qualities would translate well in MMA” while watching her spar. She began her MMA career five years ago, a decision which led her to quit her job as a project manager for an IT firm as she realized “it was now or never and pursue becoming a professional fighter.”

Initially set to fight back in May, however, due to her opponent pulling out two weeks prior to the bout and COVID restrictions in Sweden, she has had quite the hiatus since her last fight in early 2020. She has used this time away from fighting to hone her craft as a well-rounded mixed martial artist.

With her already superb striking, she has evolved and become ”more confident in [her] wrestling and ground game.” She is excited to fight in the tournament because she gets multiple opponents after so much time without a bout. The preparation for the tournament has not been much different from previous bouts, although “[her and her coaches] have not focused on one specific opponent, unlike other fights. [They] have to be prepared for whatever comes at [them].”

When Rivarola is not training, she is busy balancing modeling for fitness apparel and coaching those who want to learn martial arts for fun or at an amateur level. Her favorite part about coaching is that “people realize that they are capable of things they never thought they would be capable of…. Especially in women in terms of the change in attitude and self-confidence because we are not raised to punch or use our bodies as a weapon.”