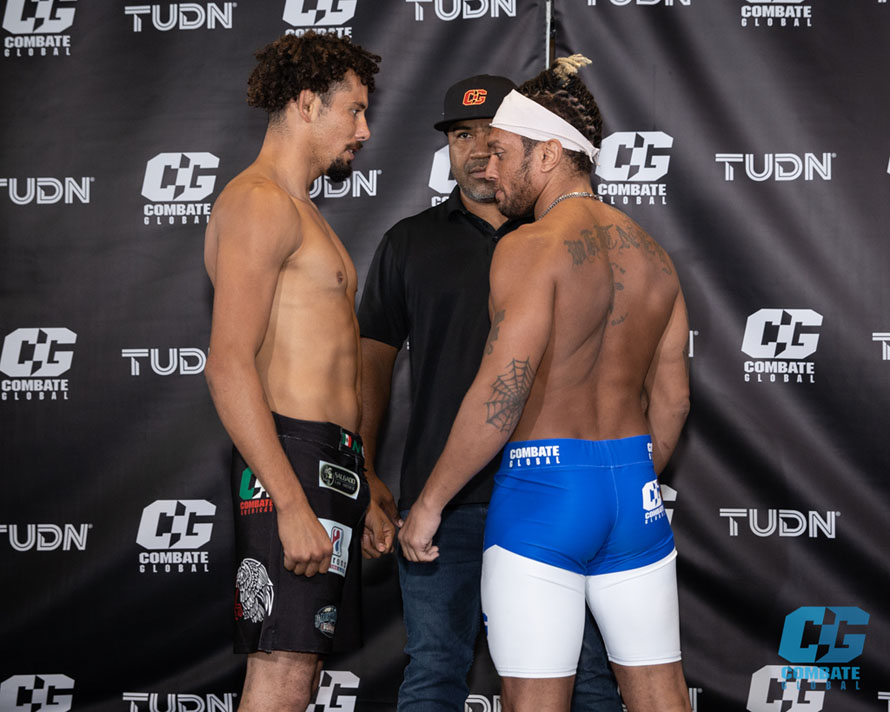 The fighters hit the scale for tomorrow’s card.

Bravo, who won The Ultimate Fighter Reality series, and is on the lookout to break his losing streak. On the contrary, Whitney is also searching for a win since he lost last month.

Earlier this month, Bravo was victorious and would like to have an undefeated September, but the young superstar Galindo had an impressive first professional victory last month. Both women meet in a 115 lbs fight.

Also on the fight card, Calvo meets Reyes in a lightweight war; California’s Maritza Sanchez (1-1) battles Elizabeth Schroder (1-1); Ernesto Ancona (3-1) vs Eric Alequin (5-0) in a welterweight fight; Ramon Vizcarra (3-2) vs David Solorzano (3-0) in a bantamweight fight and Santiago Monreal vs Christopher Daniel in a flyweight battle.

Michael Garcia has his sights on a win...