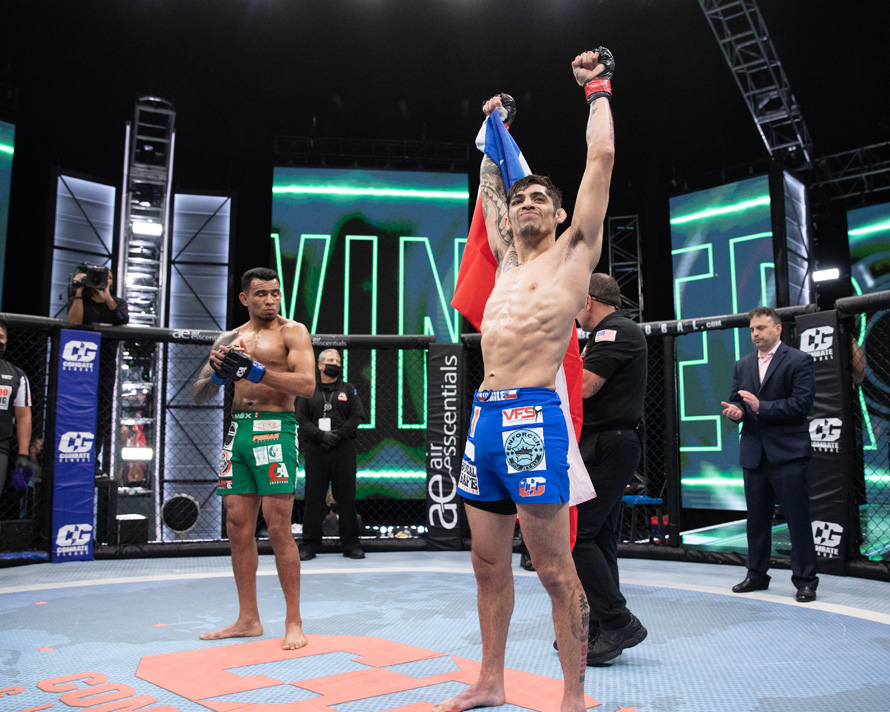 Quintana defeated Castillo by way of arm bar submission in the second round at 1:35 Gonzalez in the main event of last night’s CG2022 April 29: Castillo vs Quintana. 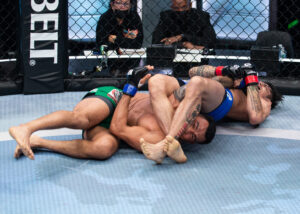 Castillo was scheduled to fight Enrique “baby bull” Gonzalez; however, the winner of the USA vs Mexico tournament suffered and injury and in stepped his teammate of Valle Flow Striking. Quintana, who is riding on a winning streak, had not competed since 2019.

On the contrary, Castillo was also enjoying a five-fight win streak. His last bout was against Tommy Aaron in December. But the Chilean was battle ready and set to show the world his skills on a global stage.

The first round opened up with both fighters feeling each other out, but in the second episode, Quintana found his groove landing a body shot forcing Castillo to turtle up.

Quintana went for the take down searched for the arm bar. Castillo looked to be on his way out, but Quintana was resilient and did not go of the submission forcing the Mexican to tap.

After a controversial fight, Mariel Celimen (2-1) wanted to put the past behind her. Celimen lost to Jazmin Navarrete in September after landing a head butt.

She had a tough challenge, as Tyler Schaefer (1-1) seemed to be on her way out of la jaula with a victory, but made a mistake in the last chapter of the fight.

For the most part, the fight remained on the feet. Every time Celimen would come inside to exchange, Schaefer would welcome her foe with a jab.

However, a patient Celimen waited to soften Schaefer to bring down her opponent to the ground. In the third round, Celimen took note that Schaefer’s game was running low on battery.

From the ground, with a short time left in the fight, she locked in the rear naked choke in the third round at 4:09. 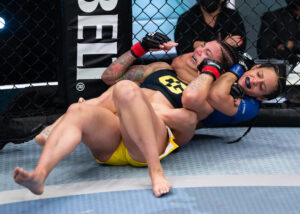 It was an impressive debut for Richie Palomino (5-3), although he came short, as Hugo Flores (10-4) defeated the newcomer by way of split decision.

It was a fist war from start to finish, but a bloodied Flores worked the cut the corners landed combinations and did enough to impress the judges for the win.

Claudio Quintana defeated Ivan Castillo by arm bar submission at 1:35 in the second round.

Mariel Celimen defeated Tyler Schaefer by way of rear naked choke submission at 4:09 in the third round.