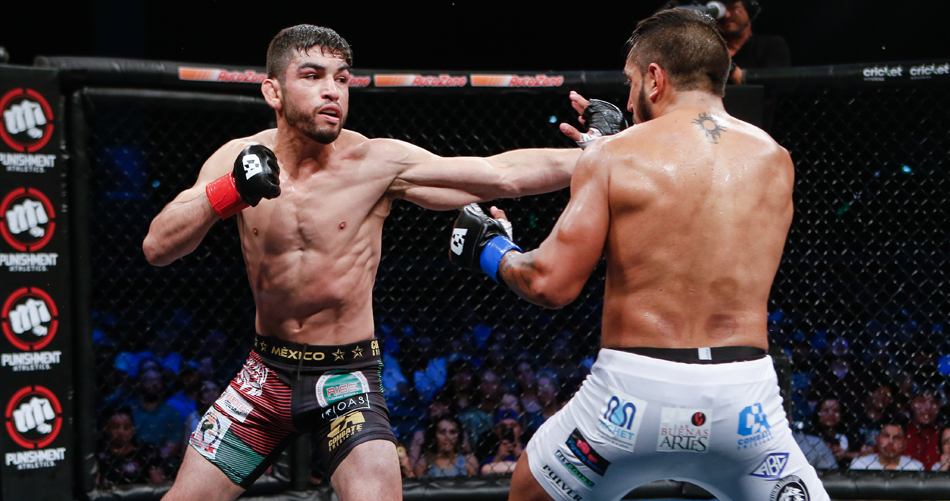 “Our television ratings for ‘Tucson Unbreakable’ proved once again that Combate Americas has become appointment television, particularly among young adults and that our brand of MMA brings something unique to fans of combat sports,” said Combate Americas CEO Campbell McLaren.

The eventwas the highest rated program in the 12 a.m. ET time slot for the week on Univision’s schedule, a feat which has become common-place for Combate telecasts in that time period.

“Tucson Unbreakable” drew nearly four-times as many viewers (421,000 vs. 115,000) as competitor Professional Fighters League carried by ESPN2 in the Saturday, 7 p.m. time slot.

Combate Americas’ trend of dominating other major sports telecasts continued with the Tucson telecast pulling in higher viewership than four FIFA Women’s World Cup matches airing on Telemundo and cross-promoted heavily on NBC. Additionally, among adults 18-34, ratings for “Tucson Unbreakable” were 11% higher than NBC’s coverage on Saturday, June 8 of the French Open Tennis Championship which aired at 9 a.m.

Continuing its momentum from one event to the next, Combate’s Tucson event viewership was nearly 10% higher (421,000 vs. 390,000) than the previous event which was held in Lima, Peru.

Eduardo Alvarado Plans to Give a Lesson in...