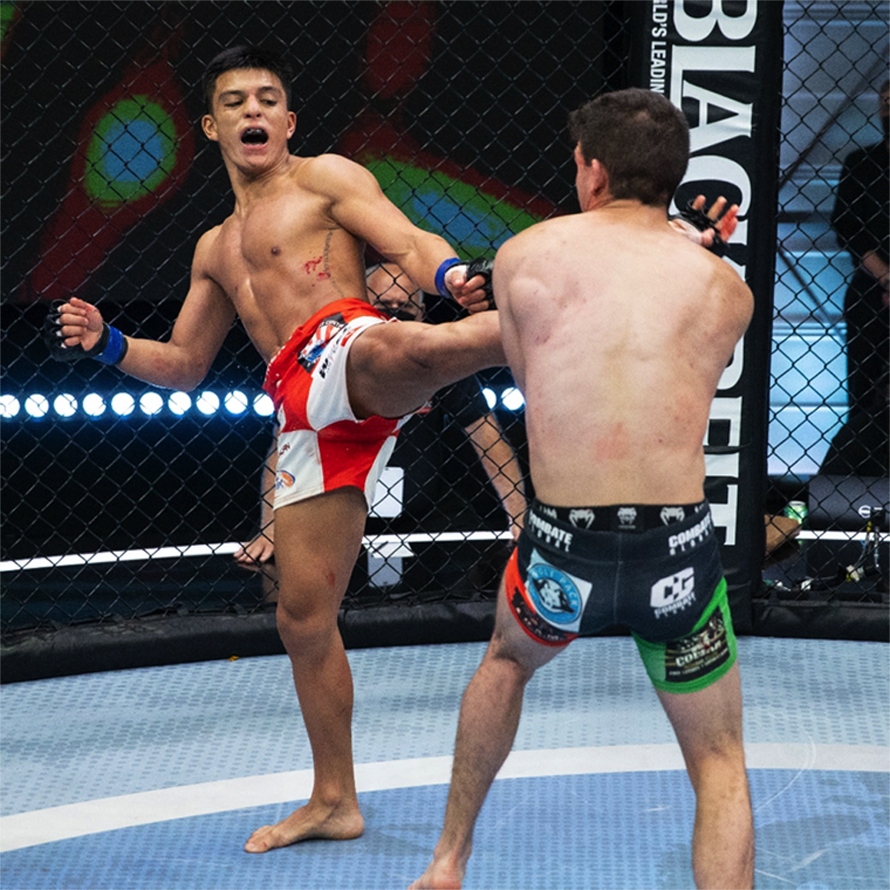 In the bantamweight (135 pounds) main event, undefeated American David “The Silent Killer” Solorzano (5-0) will put his perfect record on the line against one of the sport’s top, new Mexican phenoms and slick submission experts, Axel Osuna (4-1).

Fighting out of San Francisco, Calif., the 28-year-old Solorzano is coming off his first victory of 2021, a split decision over Raymond Ramos on April 28.

The 25-year-old Osuna, a native of Guadalajara, J.L., has earned all four of his professional career victories inside of two rounds, via (T)KO or submission, including a second round (3:57) triangle armbar submission of veteran Edgar Chairez in Osuna’s professional debut under the promotion of Combate on October 26, 2018.

Muniz of The Bronx, N.Y. will see action for the first time in 2022 due to an injury he has been nursing since the beginning of the year. The Mexican American kickboxing stylist earned three consecutive wins under the promotion of Combate Global in 2021, after a near-five-year hiatus from competition due to lack of opportunities in the sport.

Muniz’s last win came in the form of a first round (3:53) TKO (strikes) of Frenchman Pierre Daguzan in the quarterfinal stage of the “COPA COMBATE” one-night, eight-man tournament last December 12.

In a matchup between two women competitors making their respective professional debuts against one another, Mariah Castro (0-0) of Kearny, N.J. will throw down with Lupe Mateo (0-0) of Homestead, Fla. in a 110-pound catchweight affair.