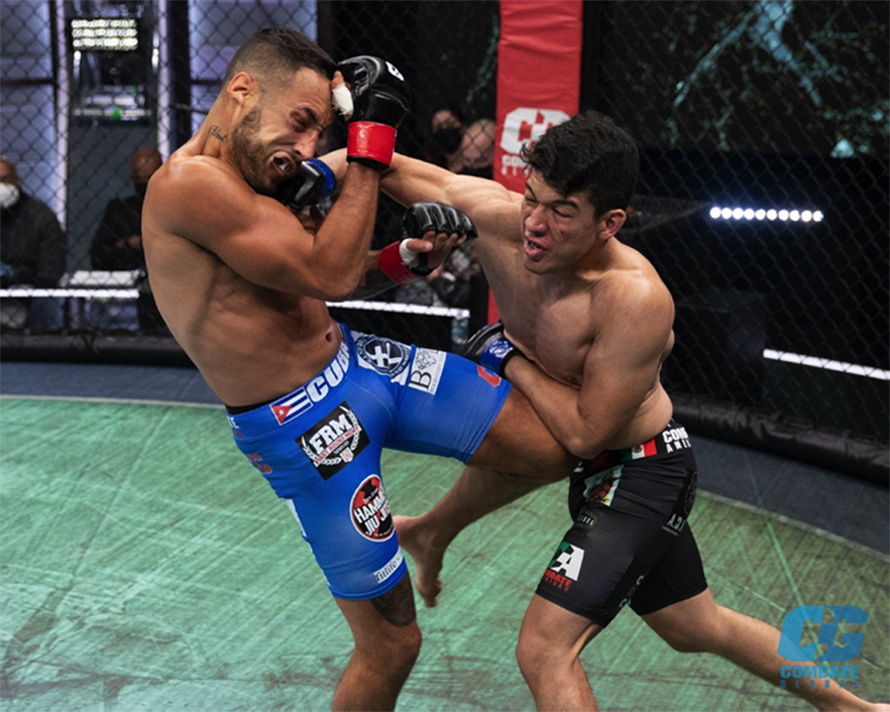 The 28-year-old Gonzalez of Mexico City, Mexico has earned all of his professional wins to date via (T)KO or submission over the course of his six-year professional career.

Gonzalez will step in La Jaula, the Combate Global competition cage, for the first time in 2022 after concluding last year with a second round (1:04) submission (guillotine choke) of American Chris Boasso.

Like his opponent, Terry of Caracas, Venezuela via Miami enters La Jaula for the first time this year.

The 34-year-old, who has never been knocked out or submitted over the course of his decade-long career, is looking for his third consecutive victory after posting back-to-back wins in 2021, including a third round (3:31) TKO (punches) of Carlos Puente, Jr. in Combate Global action on May 21, 2021.

In a 150-pound catchweight co-main event, undefeated Jose “Tiro Loco” Ferreira (8-0) will put his perfect record on the line against 2021 “Debut of the Year” award winner, Patrick “The Leech” Lehane (5-1).

Fighting out of the famed Valle Flow Striking (VFS) camp in Chicago, Ill., Ferreira, a 24-year-old submission expert from Temuco, Chile comes to Combate Global after jump starting his career five years ago in South America.

Ferreira’s start will be his second of this year after submitting Cristian Gomez with an anaconda choke in the first round (4:14) of battle on April 30.

The 23-year-old Lehane burst onto the Combate Global scene last year when, as a professional debut competitor, he defeated two far more experienced opponents – Sebastian Santana Guedes of Spain and Maxime Giacalone of France – on August 1, 2021 to win a one-night, four-man European tournament.

Since the award-winning tournament performance, Lehane has racked up three more Combate Global victories. In his last effort, he defeated Gabriel Morales by way of second round (4:34) TKO (punches) on May 13.

In a featured women’s bantamweight affair on the card, Claudia Zamora (4-3) of Miami will face off with Elizabeth Phillips (7-8) of Spokane, Wash.

In a bantamweight undercard tilt, Alan “Beche” Cantu (10-8) of Monterrey, N.L., Mexico will square off with Felipe Diaz (3-2) of Constitucion, Chile.