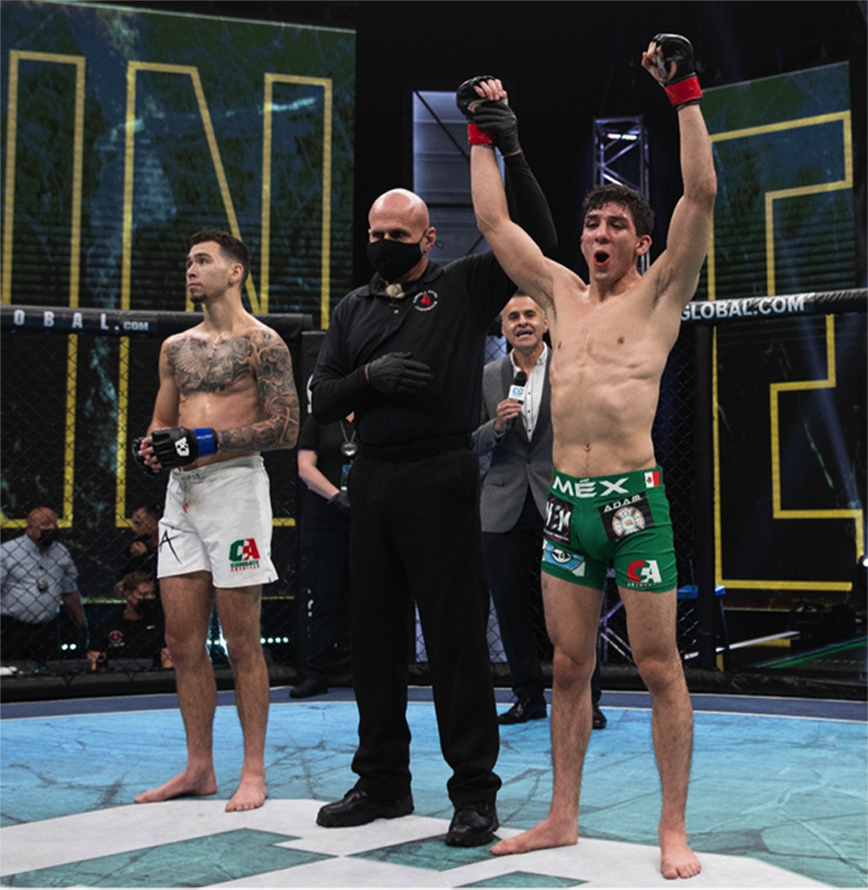 FIVE-FIGHT BOUT CARD FOR FRIDAY, MAY 13

ON UNIVISION AND TUDN USA FROM MIAMI, FLA.

The live action will be pre-recorded in the afternoon, and air in Combate Global’s usual, Friday late-night time slot.

The 25-year-old Gonzalez of Mexico City was honored with the 2021 “Comeback of the Year” award last December after absorbing punishment on his feet from American upstart Bryce Gamboa’s in October in what was Gonzalez’s Combate Global debut.  Seemingly out on his feet, Gonzalez dug deep and, in the second round (3:54) of battle, turned the tides and submitted Gamboa with a rear-naked choke. 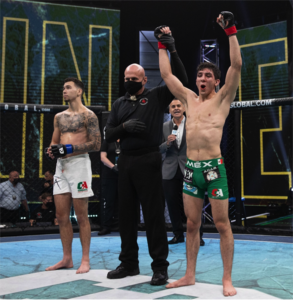 Above:  Axel Osuna (far), one of Mexico’s brightest young talents, will return to Combate Global main event action on May 13.

Standing opposite Gonzalez will be Osuna, also 25 years of age and a Guadalajara, Jal. native who will return from a hand injury that he sustained following his first career defeat, a unanimous decision loss to Junior Cortez on June 18, 2021.A slick grappler, Osuna has earned all three of his career victories to date by way of armbar submission.

The preliminary bout card will be highlighted by the return of Jordan “Bull” Beltran (12-7) of Colima, CL, Mexico.  Beltran will meet Samuel “The Alley Cat” Alvarez (6-5) of Manteca, Cali. at lightweight (155 pounds).