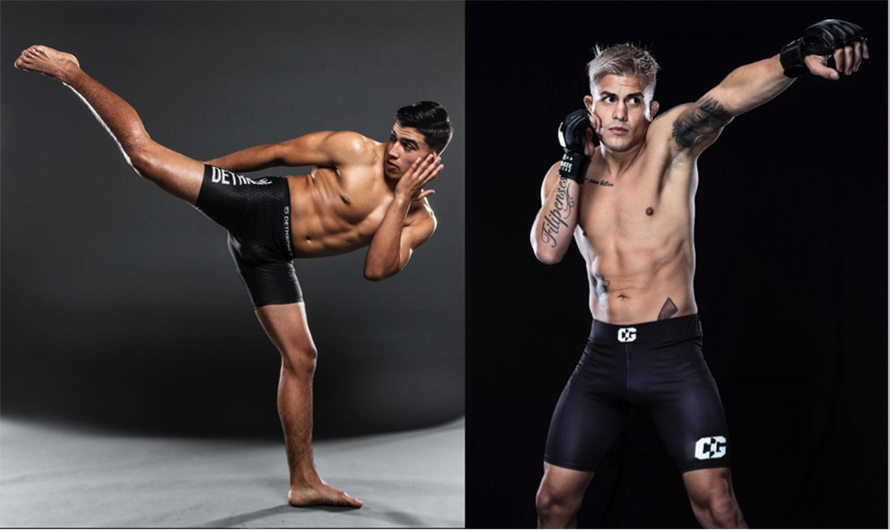 LIGHTWEIGHT FIGHTERS FROM THE U.S. AND MEXICO TO FACE OFF IN THE TOURNAMENT’S CHAMPIONSHIP BOUT

TOURNAMENT EVENT TAKES PLACE ON THE

28TH ANNIVERSARY OF THE SPORT’S CREATION BY

The tournament event takes place on the 28th anniversary of the founding of the sport, and the first MMA event in history – UFC 1 – that was also headlined by a one-night, eight-man tournament and executive produced by UFC co-founder and Combate Global CEO Campbell McLaren. McLaren returned to the industry in 2013 to launch Combate and bring MMA to a new generation of multi-cultural fans.

“The USA-Mexico rivalry has provided some of the most exciting and memorable fights in Combate history,” said McLaren, “and this tournament, loaded with talent from both sides of the border, is sure to deliver Much More Action and pay tribute to the sport that I launched 28 years ago.”

Representing Mexico, undefeated phenom Cristian “Puas” Perez (6-0) of Ensenada, B.C. will face off with Miguel “The Destroyer” Villegas (8-2) of Tijuana, B.C. in the quarterfinal stage of the tournament, while Hugo “The Hooligan” Flores (9-3) of Guadalajara, J.L. via Chicago, Ill. will battle Daniel “Scrappy” Soto (15-5) of Ciudad Jimenez, Chih. via Ephraim, Utah.

In the U.S. tournament bracket, Jim “The Beast” Alers (14-4) of Pembroke Pines, Fla. will collide with Enrique “Baby Bull” Gonzalez (9-4) of Chicago in quarterfinal stage action, and Samuel “The Alley Cat” Alvarez (5-4) of Manteca, Calif. will clash with Jimmy “Sandstorm” Sandlin (4-3) of Carlisle, Ohio.

The event will conclude with a U.S. vs. Mexico showdown in the championship stage of action.

The tournament event will also feature two “reserve” bouts – one between Americans Mikey “Rolls” Gonzalez (7-2) of San Jose, Calif. and Jake “The Working Man” Childers (8-2) of Peoria, Ill., and the other between Mexican competitors Alfrego “Tarzan” Ruelas (2-1) of Mexico City and Rodolfo Reseck (3-4) of San Quintin, B.C.

Should any of the quarterfinal stage winners in the U.S. bracket be unable to continue his bid in the semifinal stage due to injury, the winner of the bout between Gonzalez and Childers will replace the injured winner in the tournament.

Likewise, if any of the quarterfinal stage winners in the Mexico bracket sustain an injury that prohibits him from advancing to the semifinal stage, the winner of the bout between Ruelas and Reseck will replace the injured quarterfinal fight winner in the tournament.

In a non-tournament women’s strawweight (115 pounds) contest, Melissa Amaya (1-0) of Spokane, Wash. will throw down with Andrea Amaro (1-1) of El Paso, Texas.