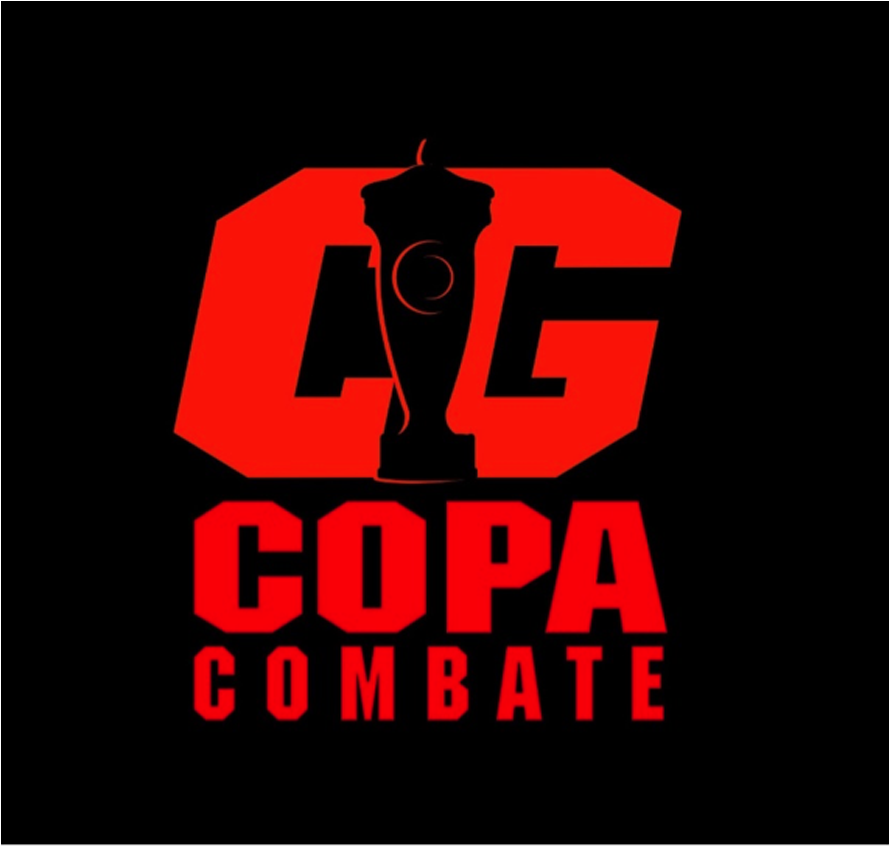 EIGHT DIFFERENT COUNTRIES BATTLE IT OUT

IN THE TOUGHEST TOURNAMENT IN SPORTS

The start time for Paramount+’s live coverage of “COPA COMBATE” will be announced at a future date.

“Since we launched ‘COPA COMBATE’ in 2017, it has become THE most prominent place to represent your country in the most challenging type of tournament in sports, and this year’s field of fighters looks to be our most competitive and most exciting yet,” said Combate Global CEO Campbell McLaren.

The one-night tournament will take place in the bantamweight (135 pounds) division, and feature reigning Combate Global world champion David “The Black Spartan” Martinez (6-1), who will represent his home country of Mexico.

The tournament brackets and quarterfinal stage matchups will be announced soon, as will the four participants and matchups for the event’s two tournament “reserve” bouts that will take place at the event.

The reserve bouts serve as a means of replacing any quarterfinal stage fight winner that is unable to continue his tournament bid in the semifinal stage of competition due to injury sustained en route to victory in the quarterfinal bout.

The 23-year-old Martinez of Mexico City is the reigning Combate Global world bantamweight champion, a title he won by defeating three consecutive opponents, including championship stage adversary and world-class veteran Francisco “Cisco” Rivera, Jr., in one night on May 29.

Also a decorated kickboxer, Martinez, a member of the Mexico City-based Bonebreakers fight team, has earned five of his six career wins via (T)KO, including the victory over Rivera, Jr. that Martinez produced with a head kick-punches combination in the second round (:17) of their tournament championship fight.

At just 21 years old, Cordero, who hails from Las Palmas, Gran Canaria, is the youngest of the eight tournament entrants, but also one of the most proven in battle, having notched 9 of his 12 career wins via (T)KO or submission.In his Combate Global debut September 3, Cordero, the number one pound-for-pound rising star out of Spain produced his most impressive win to date, a first round (4:59) submission (triangle choke) of veteran battler Ricky Bandejas.

Muniz, a 31-year-old native of The Bronx, N.Y. and resident of Tobyhanna, Pa. received a big break earlier this year when he was given a chance by Combate Global to compete again after a six-year period of inactivity due to previously scheduled matchups falling through and an overall lack of opportunities.

With superior movement and a strong striking base on his feet, Muniz outscored and earned back-to-back unanimous decision victories over Urijah Faber protégé and Team Alpha Male member Hector “El Matador” Fajardo on May 29 and August 13 of this year, respectively, to earn his spot and represent the U.S. in “COPA COMBATE.”

Mlambo will be the first fighter in history to represent Ireland in the “COPA COMBATE” tournament.

The 30-year-old, South African-born fighter who immigrated to Dublin when he was 11 years old is no stranger to representing Ireland in battle, having won a gold medal at the International Mixed Martial Arts Federation (IMMAF) world championships in 2015.

To date, Mlambo has notched 8 of his 10 career wins via (T)KO or submission, and will enter “COPA COMBATE” on a two-fight win streak.

Fighting out of Lima, Zarauz is a 28-year-old, former soccer star who turned to and fell in love with the sport of MMA in 2010, and has since competed against a handful of noteworthy names, including 2019 “COPA COMBATE” champion and fellow Peruvian, Humberto Bandenay.

Zarauz will enter La Jaula, the Combate Global competition cage, for the second time in his career, after recording a unanimous decision win over Fernando Noriega in a regional event in Peru on July 17.

Barraza is a 28-year-old native of Santiago and a Brazilian Jiu-Jitsu brown belt who has earned all 7 of his professional career wins by way of submission.Barraza has been busy during the latter half of 2021, making three appearances, all under the promotion of Combate Global, in a span of three months. He is coming off of an impressive, first round (2:01) submission (armbar) of Mexico’s Diego Silva on October 22.

A 25-year-old native of Concordia, Ramos re-located to Stockton, Calif. last year in the midst of the COVID-19 pandemic, in order to train with the team founded by famed MMA siblings Nick and Nate Diaz.

Since making the leap to the Diaz camp, Ramos, who has achieved six of eight career wins by way of (T)KO or submission, has been victorious in both of his MMA bouts in 2021, most recently defeating Keilen Fantroy via first round (1:54) submission (triangle choke) on July 31.

Daguzan is a 35-year-old native of Versailles, Yvelines and resident of Honolulu, Hawaii.

He holds a purple belt in Brazilian Jiu-Jitsu, and is coming off a unanimous decision win over Carlos Puente, Jr. in Combate Global action on July 16.