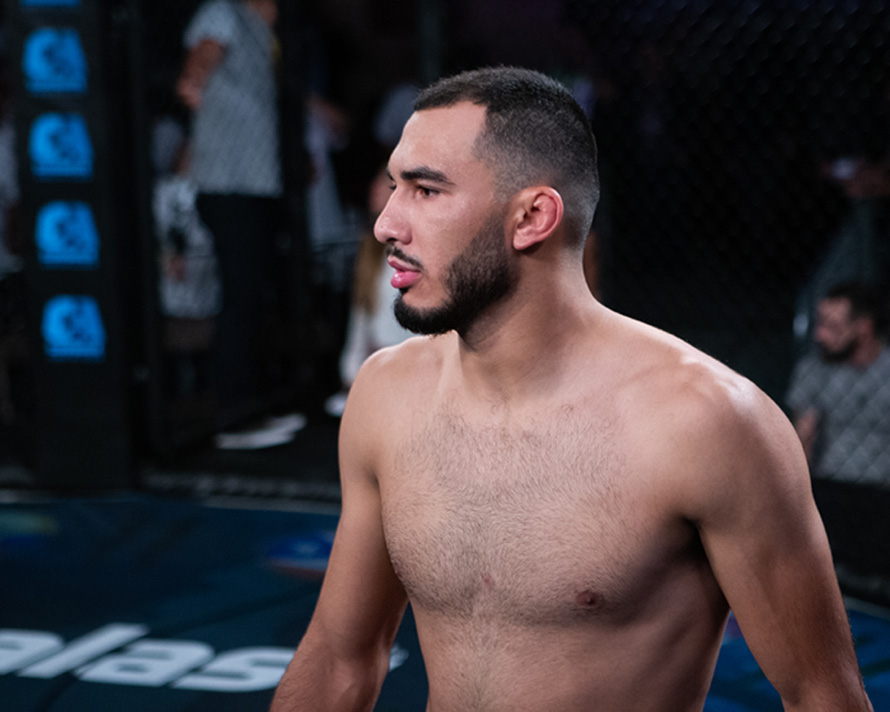 Growing up in the west side of Chicago could be rough, but undefeated amateur mixed martial artist Georgie “Lionheart” Medina counted on his father’s motivation to supersede in his life.

Medina, who will debut in Combate Global professionally this year, has an illustrious amateur background going 9-0 in MMA and 10-1 in Muay Thai. He earned three belts in three different weight classes including a national Muay Thai championship. His last amateur bout was in May.

But raised in a rough area, it wasn’t an easy path to get to where he is currently today.

“I grew up in the west side of Chicago surrounded by gang activity, drugs, crime poverty, and a broken school system,” he said.  “I feel like this was already a set back to life, but with the guidance of my parents we overcame adversity something my dad would say champions do all the time.”

He started his career in martial arts early in his life.

“I started wrestling when I was in the fourth grade and when I graduated high school. I wanted to explore the MMA world. I became a huge fan of fighting,” he said.

When he is not training for his next fight, he is working his full-time job at a dealership and loves arcades, bowling and spends time practicing outdoor activities on his spare time.

Aside from fighting and working, he is proud of being an uncle.

“My nephews and nieces have changed my life, so I owe this to them.my sacrifice and dedication to my craft.”

No word on his next opponent, but he said he is looking forward to his debut inside la jaula.