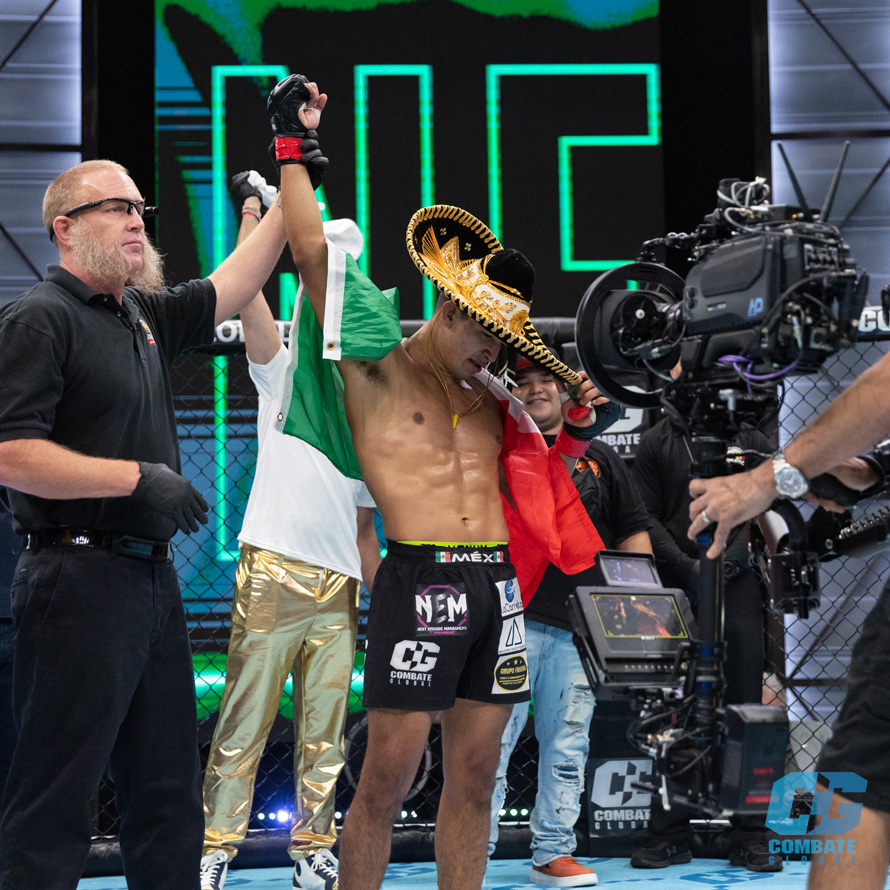 Right from the start, Perez looked for the quick knockout victory by going for the flying knee, however, Ordóñez blocked it. Perez quickly took the fight to the ground where the remainder of the fight remained.

Perez searched for a submission but Ordóñez survived the onslaught and made it to the second round.

In the second chapter, Perez boxed with Ordóñez and landed a few good shots that shook his foe. That’s where Perez shifted gears and took the fight to the ground where Ordóñez, who has had many fights overseas, just couldn’t find a break.

Perez again searched for the arm triangle where he locked it forcing Ordóñez to tap at 3:26 in the second round. 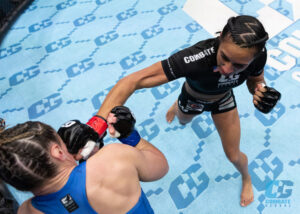 In the co main event, Sanchez was too much for Begley her striking was too fast for for the Irish woman.

With a background in kickboxing, Begley just couldn’t keep Sanchez away. She exchanged in the pocket but Sanchez was too powerful. It took all but one round to land a flurry of punches but it was a shot to the body that just took Begley out forcing the referee to step in and stop the fight at in the first round.

Mexican Ovidio Bojórquez (3-1) continued to wreck his opponents in an impressive fashion defeating Puerto Rican Eddie Perez (2-2) by way of TKO at 1:42 in the first round.

The fight started off with both fighters feeling each other, however, in the exchange it was Ovidio who had the upper hand viciously. But he landed consistent knees in the clinch that wounded both of Perez’s eyes.

Referee stopped the fight to have the doctor check on Perez.
After checking the damage, the doctor informed the referee Perez was in no condition to continue.