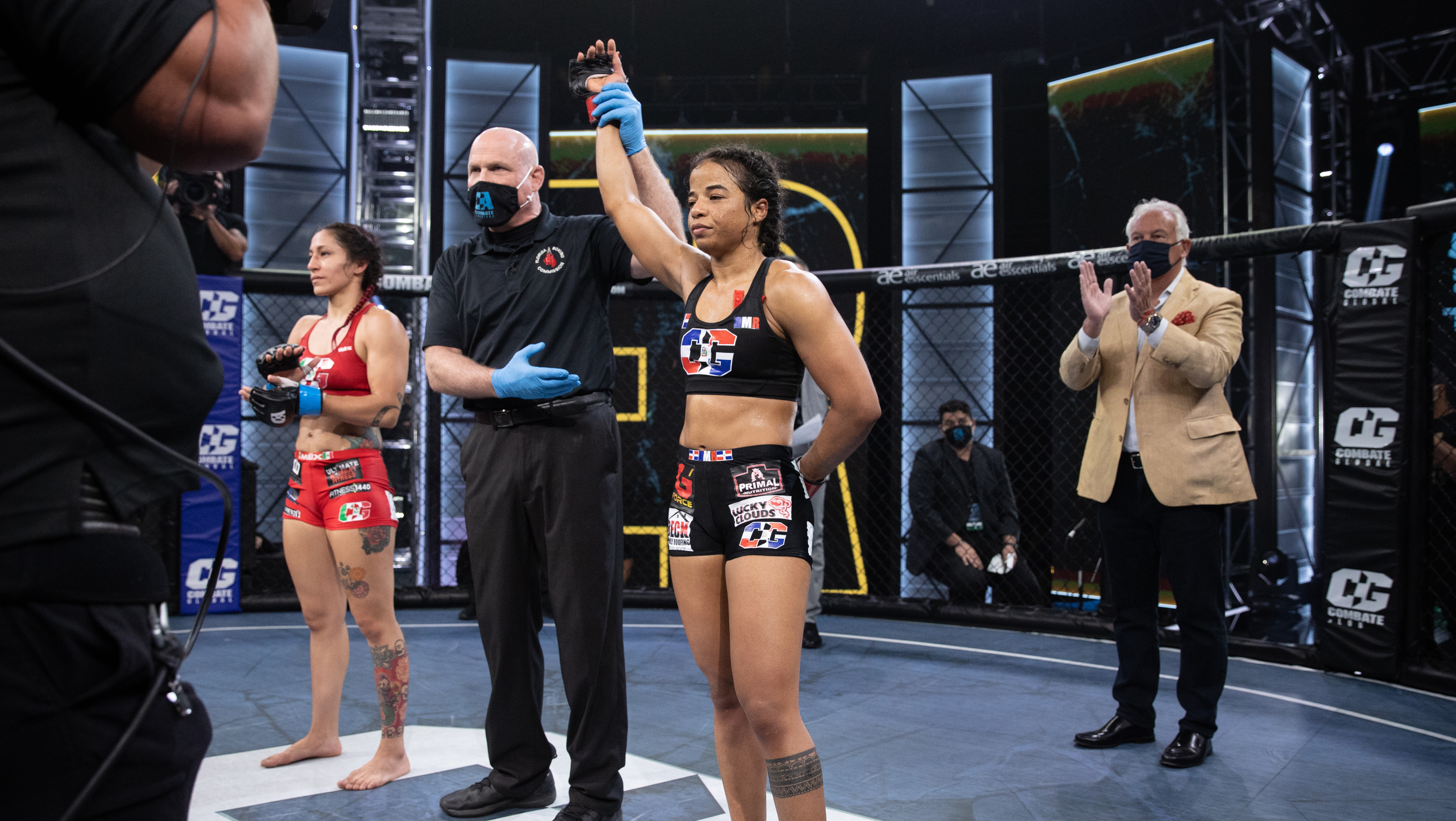 The fight card featuring all women warriors was headlined by Adames and Cedillo, while in the co-main event the three-sport athlete “Sexy” Dulce Garcia battled the Muay Thai expert Claudia Diaz.

In the main event, Adames and Cedillos started off slow in the first round testing each other, but towards the latter part of the episode both fighters ended up on the ground. However, Adames managed to land a few shots on mount to conclude the round.

Flash forward to the last round, Adames kicked off the chapter with a nice combination, but eventually the fight went back to the ground. With a minute left, Karen got the upper hand and worked from full guard but it was too little too late as Adames came out victories.

It was a rough day at the office for Garcia, as Diaz displayed her Muay Thai experience breaking down the three-sport athlete.

In the first round, both women started off swinging. Garcia showcased her boxing skills but Diaz countered with low inside kicks leaving her left leg bruised very early in the fight.

In the last episode, Diaz continued her fury off kicks and punches, landing heavy right hands. Garcia attempted to judo throw her foe, but it backfired as Diaz landed in mount where she landed continuous shots leaving her corner to call the fight.

Claudia Diaz defeated “Sexy” Dulce Garcia at 3:26 in the second round by way of TKO (118 lbs bout)