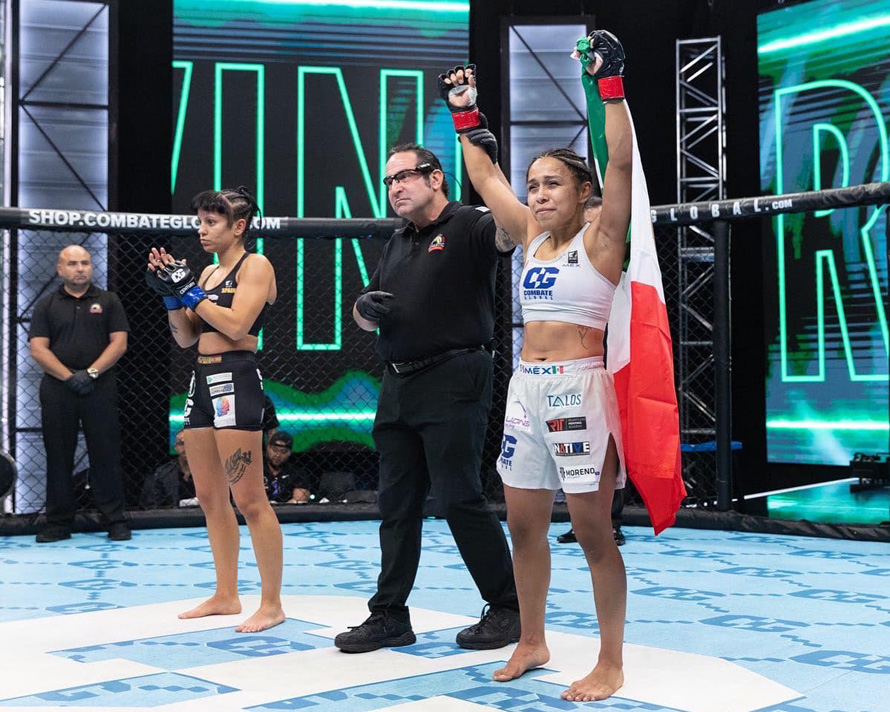 Hernandez’s wrestling was the difference in the fight.

In the first round, there were exchanges between the two women. Meneses landed a flurry of punches and Hernandez respected her punch power. Quickly, she adjusted and changed her game plan. She switched it up and went to her wrestling where she took Meneses down. However, the Spaniard managed to escape and take the fight to the feet. 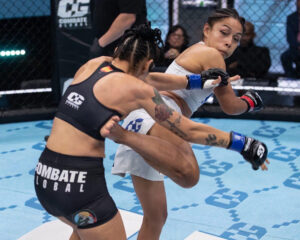 There were times in the second and third rounds, Meneses landed heavy knees but Hernandez didn’t hold back and fired her own pair of knees. In the last few seconds of the last round, Meneses she let the hands go, but once again Hernandez switched it to the wrestling, which was enough to impress the judges. 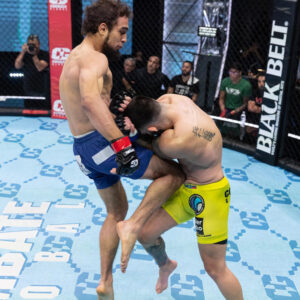 In the co-main event, Chile’s Jose Ferreira (10-0) extended his winning streak and remained undefeated defeating Venezuela’s Genier Penagos (7-2) by way of TKO in the first round at 4:39.

Penagos displayed good boxing to kickoff the fight, but Ferreira was fast at responding with his hands. The Chilean quickly took the fight to the ground, where he made it nearly impossible for Penagos to take the fight upstairs.

Ferreira capitalized on this position landing heavy shots leading the referee to step in and stop the fight.

Adam Ortiz defeated Marvin Chavez by way of TKO in the first round at 4:48.

Jimmie Pace Jr. defeated Al Gonzalez by way of TKO in the first round at 1:00.

Jordan Beltran defeated Tino Gilaranz by way of rear naked choke submission in the second round at 4:59.

Jose Ferreira defeated Genier Penagos by way of TKO in the first round at 4:39.