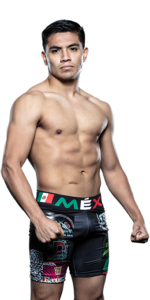 David Martinez is the Combate Global bantamweight champion. Known for his stand-up, fighting runs in Martinez family as his sister Melissa Martinez also competes in mma. He trains out of the Bonebreakers gym in Mexico. Martinez has been with Combate Global since 2018.

(5-27-22) Martinez defeated Arturo Vergara by way of technical knockout in the first round at 2:08.

Must Watch Combate Global Fights in 2022

It was an impressive win, but Ovidio Bojorquez says there’s always room for improvement