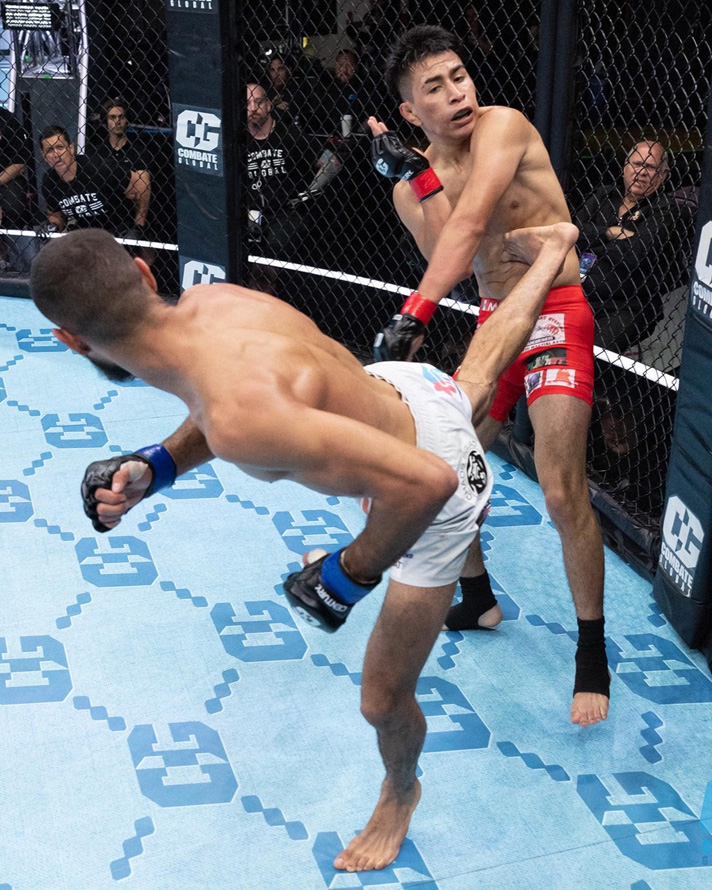 Both men fought in the main event for “Horror en la jaula”.

For three rounds, Azizoun proved he is more than just a kickboxer. The Frenchman showed his diversity, displaying great stand up, but what was more surprising was his takedown offense.

Zamora was outperformed on the ground, where Azizoun worked landed hammerfists and shots to the body. However, the only mistake he did was stick his fingers in la jaula which cost him a point deduction.

Zamora did connect a few times, but Azizoun’s ground work made the difference in the fight.

Azizoun’s takedown offense was the difference in the fight.

Amaya was too much for Mariscal. She out boxed her opponent. Marsical didn’t respond back in the exchange. In the second round, Amaya tried to finish the fight earlier but wasn’t able to finish a triangle choke submission in the second round.

Moreover, Fabia Sintes defeated Enzo Perez by way of rear naked choke submission in the second round at 2:48.

Carlos Mascorro defeated Roger Blanque by way of arm bar submission at 54 seconds in the first round.

Fabia Sintes defeated Enzo by way of rear naked choke submission in the second round at 2:48.

Melissa Amaya defeated Alitzel Mariscal by way of triangle choke in the third round at 3:12.