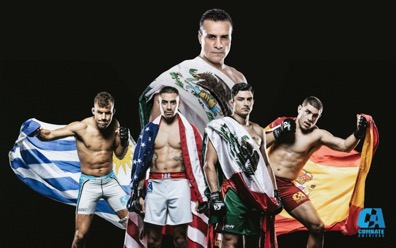 Combate Americas, the world’s premier Hispanic Mixed Martial Arts (MMA) sports franchise, is bringing its biggest live television event of the year, and the first-ever one-night, eight-man sanctioned tournament in California history – “COPA COMBATE” – to Fresno, Calif. on Friday, Dec. 7, and will be in town to make several announcements about the epic event that will award its winner of three consecutive fights in one night, a grand prize of $100,000.

Tickets start at $27.00 and will available for purchase online through Ticketmaster

The complete lineup of “COPA COMBATE” tournament fighters, as well as the lineup of local, Central Valley-based competitors will be announced at the news conference, and the all-new “COPA COMBATE” winner’s cup trophy will be unveiled for the first time.

Combate Americas will also be working with the local community on special projects that will be announced at the news conference.