Garcia vs Bandenay: The Showdown in Mexicali - Combate Global
Skip to content
News » 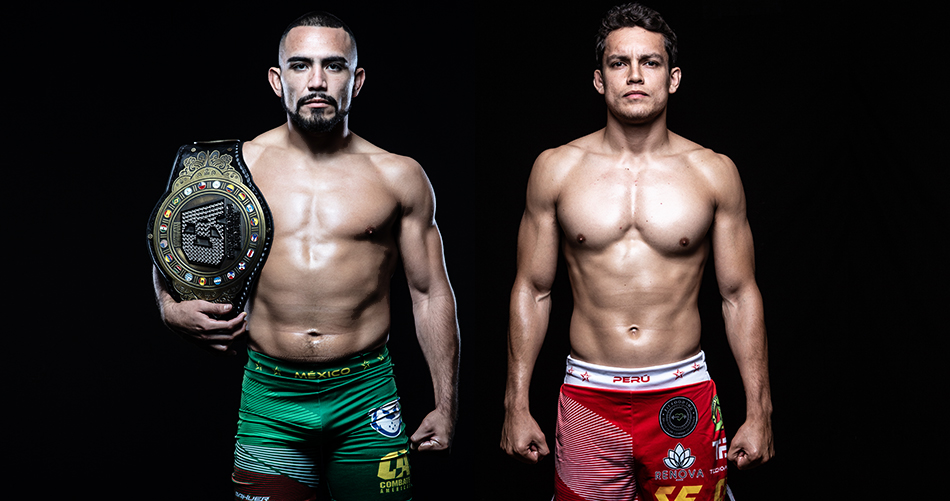 On February 21, the undefeated Lightweight Champion, Rafa “Gifted” García (11-0) will defend his title against the Peruvian winner of the COPA COMBATE , Humberto Bandenay (18-7), in Combate Americas’ first fight of 2020, in Mexicali, Baja California.

Garcia won the champion belt last September, when he defeated Erick “The Ghostpepper” Gonzalez (12-5) by unanimous decision, in one of the best fights of the year.

It will be the first title defense for Garcia, who has seven victories in Combate Americas– five of them coming via finish. (He has won via submission in seven of his eleven professional, four of them in the first round). The Mexican fighter has been unstoppable, and he is looking to continue his reign as the undefeated king of the lightweights.

Bandenay made his debut in Combate Americas at COPA COMBATE, the annual 8-man tournament, held in Lima, Peru, on December 20, 2019. He entered the competition as a favorite and proved everyone right. He defeated Hugo Prada (Colombia), José Luis Verdugo (Mexico) and Erick González (United States) all in one night, earning a chance to compete for the World Lightweight Championship.

Garcia will have to reckon with the force that is Bandenay.  Seven of the the Peruvian’s eighteen victories come via KO, and he has defeated  skilled athletes such as the Peruvian Marlon Gonzales and the Mexican Martín Bravo.

More fights will be announced soon for the World Lightweight Championship event. For more information on tickets, click here.

Rafa “Gifted” Garcia Puts His Title On The...