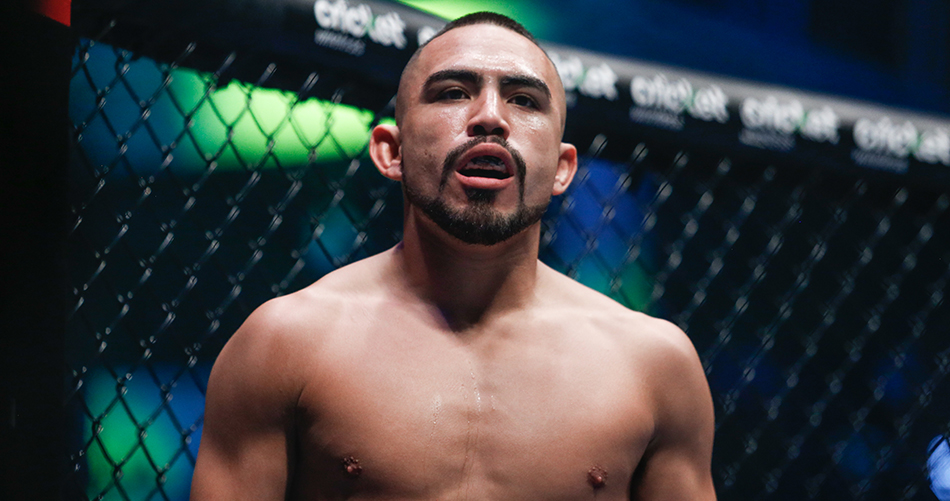 Rafa “Gifted” Garcia (12-0) is dominating the 155 division.  With victory after victory, no one can say he has not earned his champion status.

Ranked as #1 in the United States, Mexico and Latin America among the lightweights, Garcia looks to defend his title again, and his on the road to becoming a legend in the promotion and across the world.

But fighters are always waiting in the wings to take him down.  Who are his most likely rivals?

“The Ghost Pepper” is Rafa Garcia’s greatest rival in the division.  Both of them have been raked at the top of the division for a long time.

Erick “The Ghost Pepper” Gonzalez (12-5) has continuously come in second, from losing to Humberto Bandenay in the final round of the Copa Combate, to losing to Garcia in Combate Americas’ first world lightweight championship.

Gonzalez did some real damage in his clash with Garcia, and a rematch would be surely be an epic fight.  But with two important losses, Gonzalez may need a win before he can challenge the champion again.

He’s fought a lot of the big names in Combate Americas, and it may be time for him to take the next step.

Elpidio is a hard fighter to decipher, but he could have a great fight against Rafa Garcia.

If we want action for the next championship fight, Ricardo Arreola (8-7), better known as “El Loco”, is the clear choice.

Arreola made his promotion debut fighting in an instant classic, defeating the seventh ranked Ivan Perez.

In his last fight, he defeated the Argentine Emmanuel Rivero by submission, leaving him with a 3–1 promotional record, his only defeat was in his fight against Marco Elpidio by split decision.

It’s perhaps the least likely option, but there is some history to back it up.

As part of Combate Estrellas, held in April 2018, Garcia faced the dangerous Chase Gibson in a featherweight clash. The Mexican claimed the triumph by majority decision after a real war.

To be a double-champion, Garcia must challenge the featherweight champion, whose name will be confirmed after the next match between the Argentine Bruno “Aquiles” Cannetti (9-6), who will defend his belt against the challenger Horacio “Punisher” Gutierrez (7-3).