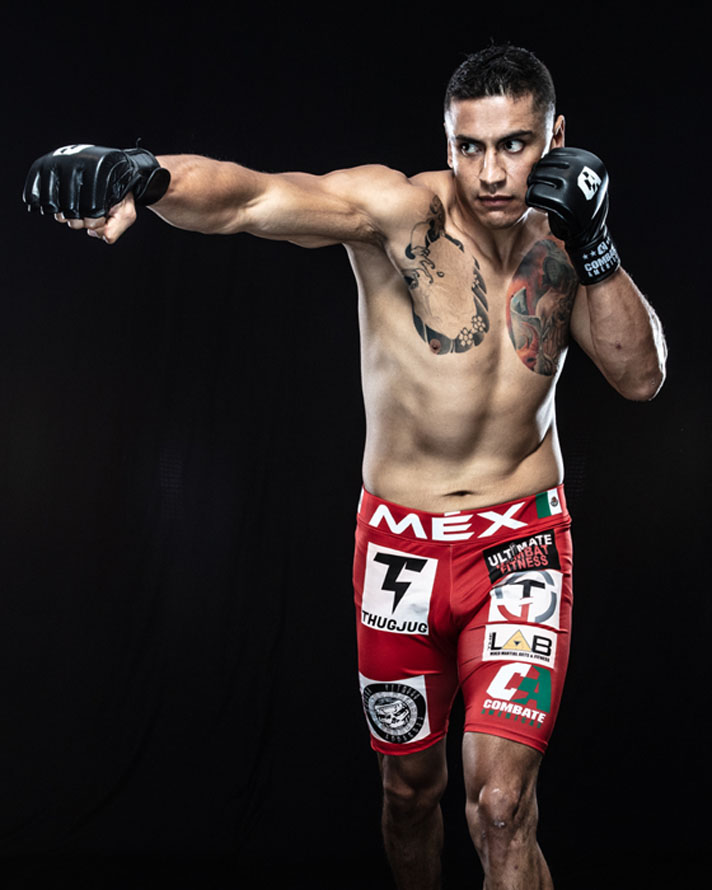 Miami, FL– Sometimes the toughest battles are fought outside of La Jaula such the case for Heriberto “Rudo” Tovar who fights Trey “Deep” Waters this Friday part of the fight card for CG2021 October 8.

Not just a fighter in La Jaula, Tovar, marking his first professional mma bout since 2017, has had to fight a tough uphill battle against alcoholism, drug addiction, and depression to get to the position he is in now.

After a car crash took his brother’s life as he was barely reaching adolescence, Tovar began to seek escape through from the pain he felt of his loss. Partying, drugs, and alcohol began to overcome the once national winning boxer, and gradually his body deteriorated as he almost weighed 250 pounds by the end of high school.

Originally seeking to lose weight to make the qualifications for the police academy, Tovar began taking up martial arts again and “within the span of one month lost close to 60 pounds.” After more time training, Tovar made his debut by complete accident.

“I was attending a MMA event as a spectator and one of the fighters did not show up,” he said. “The promoters offered me the fight and of course I had to take it. I ended up winning by knockout and ever since then I’ve been trying to make my game more holistic, by involving more grappling.”

Tovar seeks to lose more weight after this bout.

“I’ve fought in pretty much every weight class- Light Heavyweight, Middleweight, Welterweight- I would love to eventually get down to Lightweight,” he added.

Initially the bout was set for Tovar to fight Bryan McDowell; however, McDowell ended up contracting COVID-19. A last minute change in opponents is not an issue for Tovar.

“I do not mind the change of opponents, as a matter of fact I prefer to not view so much film of my opponents. I want them to end up fighting at my own pace. Just know it will be an absolute war,” he said.