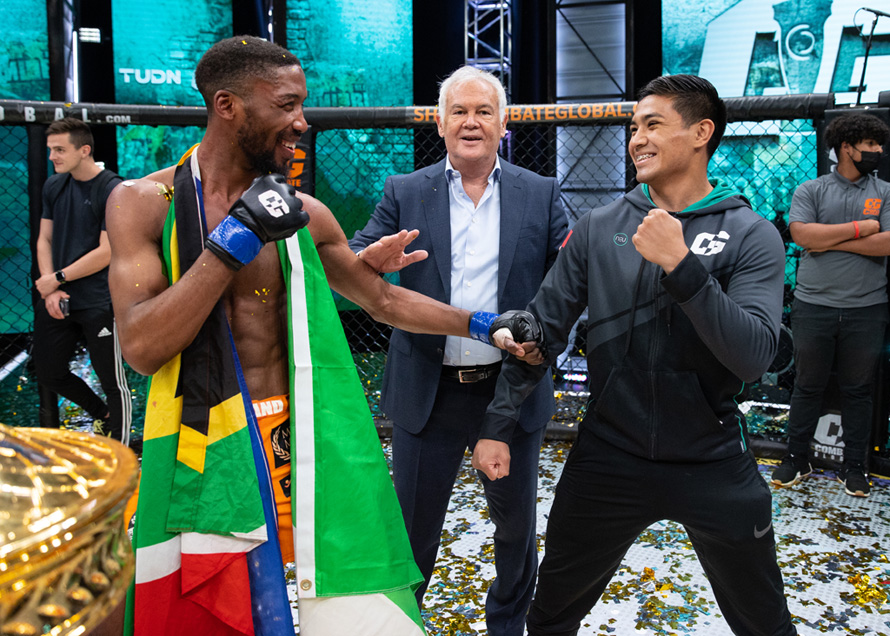 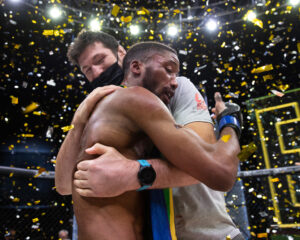 Miami, FL– Fresh off his eight-man one night Copa Combate tournament, Ireland’s Frans Mlambo (13-5) now has his eyes set on another type of gold.

“It was harder than I expected, but the way it played out played perfectly. I got someone that wanted to grapple in the first round. I felt like at times I got too excited and sloppy. Once I won, it woke me up to be sharp. That’s what you got to see in the second (semi-final) and third (final). (Kevin) Cordero was tough. I am feeling it at this time,” he said.

He said he picked up the pace in his training to prepare him for the tournament.

“I was fit enough to do five five-minute rounds. I wanted to fight,” he said. “I felt like kept going more than they did. I made sure to get that.”

He said his hard work was noticed by the world as he received “love” from his home country of Ireland, his birth country of South Africa and even from North America.

The Irishman said the cash earned will help financially, but he still has not had a chance to celebrate.

“I didn’t celebrated as I wanted. The body was sore. As soon as we recover in the next few days we will celebrate,” he added.

But the celebration won’t be for long, as Mlambo faced off Combate Global’s bantamweight champion David Martinez right after his win.

“I’ll be ready to take on the champion in February,” he said. “He is a decent guy. I am looking forward to that. When we get him, we are ready to go.”

No official date has been set for the Mlambo vs Martinez fight, but Combate Global will return to the airwaves starting February 4, 2022.