It was an impressive win, but Ovidio Bojorquez says there's always room for improvement - Combate Global
Skip to content
News » 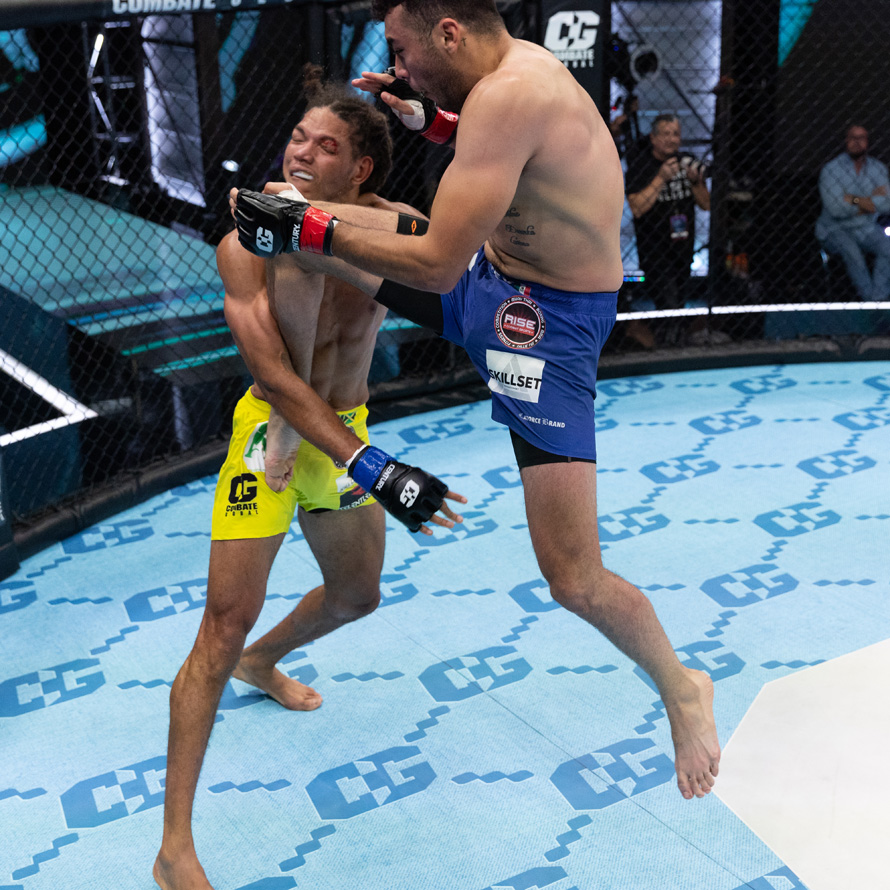 Miami, FL-Mexico’s Ovidio Bojorquez (4-1) sent a notice to future opponents but finishing his last two opponents inside la jaula in the first round.

But, the young welterweight is not impressed by his own work.

Bojorquez defeated Matthew Colquhoun in September by way of flying knee and in November, he finished off Eddie Bruno by technical knockout also in the first round.

“I liked the way I performed, but I know I can do better,” he recently said in an interview.

Although, many might think his trusty weapon is his knee that assumption isn’t exactly accurate, said Bojorquez, who trains at Rise Combat Sports.

“Not too often (I use it), but I know it is a very powerful weapon that you can finish fights with just one knee so I wait for the right moment,” he said.

Prior to debuting inside la jaula, he defeated Ben Goodwin in the second round in February. However, it was in December 2021 where he faced his only defeat by the hands of Ray Waters.

“That loss was good for me cause I learned a lot from it,” he said. “It humbled me and I know I never want to lose again.”

“I think in 2023 I can finish everyone and I will face anyone they put in front of me,” he said.

He has not stopped training since his previous contest and for those who question is he has a good ground game, well, he has a response.

“I know I can finish them on the ground to I’m always training grappling wrestling I’m as good on the ground as my striking is,” he said.

He is planning to come this New Year with confidence.

“I’m ready to keep going and keep finishing them; I’ll keep winning fights to get what I think I deserve,” he said.