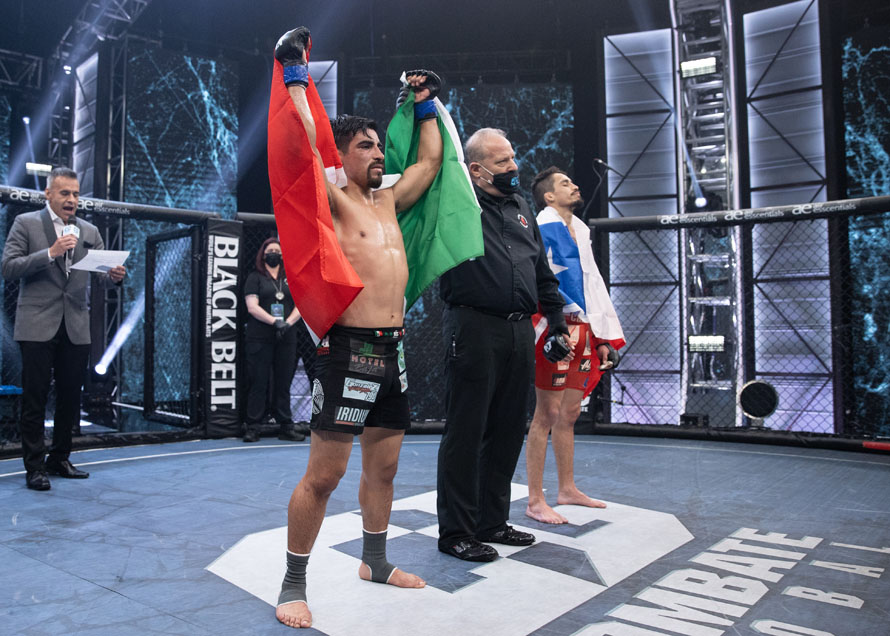 Unlike his last three victories which came by way of submission, Aguilar went the distance with the Chilean.

Aguilar landed a straight right that shook Barraza. However, the Chilean brushed off the shot. The fight later went to the ground. While on his back Barraza searched for a submission. The round finished on the floor.

Flash forward to the last chapter, Barraza opened up the round throwing jabs. However, the fight went to the clinch where both fighters worked. The fight later went to the ground where Agular gave Barraza his back. Barraza searched for a submission while he held a body triangle but wasn’t enough as the fight’s result was left to the judges.

Palacios and Bravo both connected kicks and heavy hands. However, at the two-minute mark, Palacios went to the ground. Bravo’s inner left leg was bruised towards the end of the of the round.

Palacios took down Bravo, where she landed hammer fists and quickly found an open space to land a Kimura submission.

In a back-and-forth fight, both Flores and Torres attacked each other with spinning elbows and combinations. In the second round, the referee stopped the fight to check on Torres’s left eye. After clearance from doctor’s the fight continued, where the fighters left the judges to decide the winner.