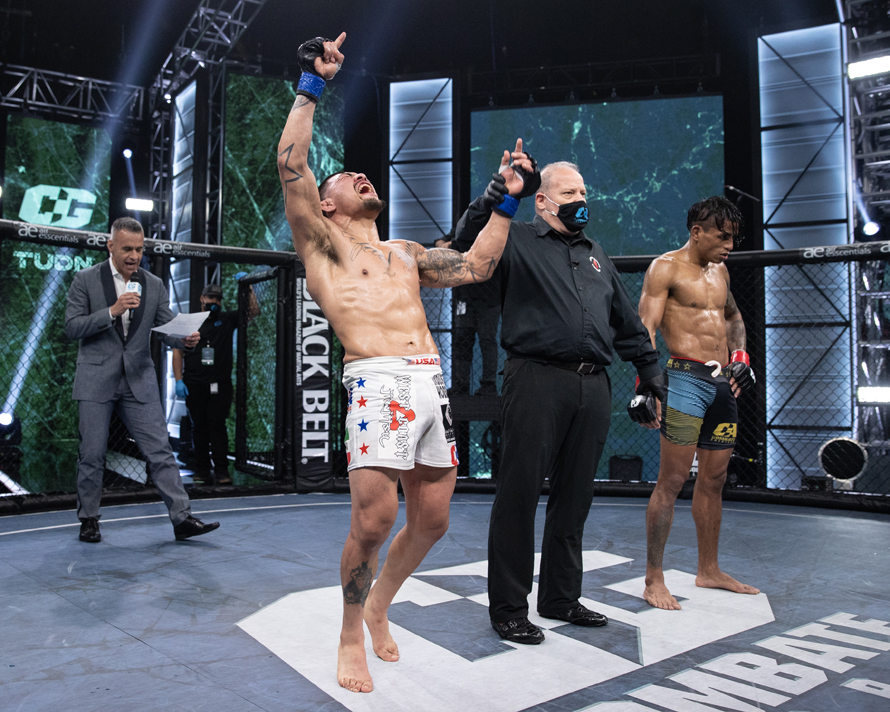 Miami, FL- Jose “Froggy” Estrada is Combate Global’s homegrown fighter, having started his professional career with the promotion in 2016 and continues to be a fan favorite to this day, displaying “fireworks” each time he steps into La Jaula.

Campbell McLaren has even compared him to Conor McGregor. While Froggy agrees with the boss’s intuition of recognizing him as Combate Global’s starfighter, he takes more of a liking to “the classics [he] grew up watching: Tito Ortiz, Fedor Emelianenko, and Chuck Lidell.”

“I’m still waiting on the boss to take up my offer to come over to my abuela’s house to eat some home-cooked Mexican food,” Froggy jokingly remarked. “What separates me from these other guys is just that I’m authentic. There’s only one of me; I don’t try to be anyone else. I strictly represent myself, my culture, and my gym. I don’t disrespect an opponent unless my opponent disrespects me.”

Froggy steps into La Jaula again for the tenth time to meet Martin “El Toro” Bravo, a UFC veteran and The Ultimate Fighter Latin America Season 3 Winner. Considering both fighters’ Mexican roots, Froggy predicted “a war, but I am going to push the pace and wear him down. Froggy 2.0 will debut on Friday night: I’ve been working a lot with a new coach on stand-up up, I recently got my black belt Brazilian jiu-jitsu, and this weight cut is significantly more dialed in than before. My discipline is going to show.”

While Froggy stays “focused on getting the win, rather than already looking past the fight”; he nonetheless believes he has earned a title shot for the Featherweight title since former champion Bruno Cannetti vacated it. “In my mind, I am already the Featherweight Champion.”