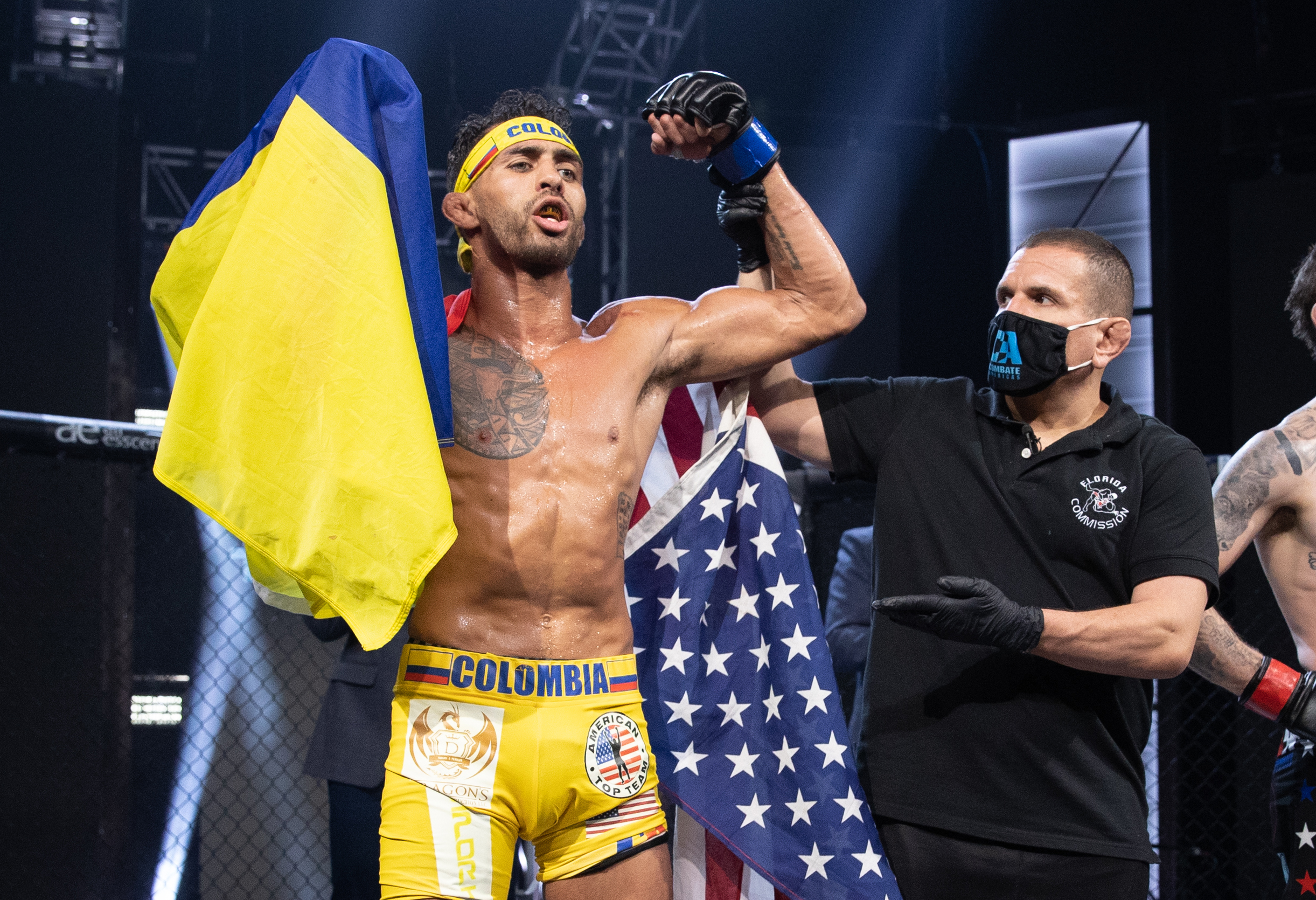 The main event featured Puerta who had been riding a 10-fight winning streak, while McKinney had been victorious in five of his last seven fights.

In the first round, Puerta and McKinney tested each other. The fight later went to the ground where Puerta controlled the fight.

Puerta landed a rear naked choke leaving McKinney no option but to tap at 4:33 in the first round.

To start of the fight, both fighters spent about two minutes in the clinch, but the referee Alan Abeles stepped in to break it up.

The fight later went to the ground, where it concluded the first round.

In the second round, Sepulveda landed a knee early on but both men continued to work in combinations eventually Davila went for the takedown.

Davila worked from the ground and pound position where he landed heavy shot to his foe’s body.

In the last round, it was a continuation of what occurred in the first and second round, where Davila used his strong skills in wrestling to control the bout.

Jesus Santos Aguilar (6-1) defeated Jaime Alvarez (8-4) by way of guillotine choke at 4:56 in the second round.

In the second round, both men tested each other out in the stand up game. Aguilar landed a right that took Alvarez to the ground, where he searched for a submission. Alvarez recovered and took control of the fight.

Towards the end of the round, the fight returned to the stand-up ground where Aguilar landed a strong combination.

However, with just four seconds left in the round, he caught Alvarez in a guillotine choke submission leaving him to tap.

Juan Puerta defeated Lloyd McKinney (14-8) by way of rear naked choke in the first round at 4:33

Jesus Santos Aguilar (6-1) defeated Jaime Alvarez (8-4) by way of guillotine choke at 4:56 in the second round.