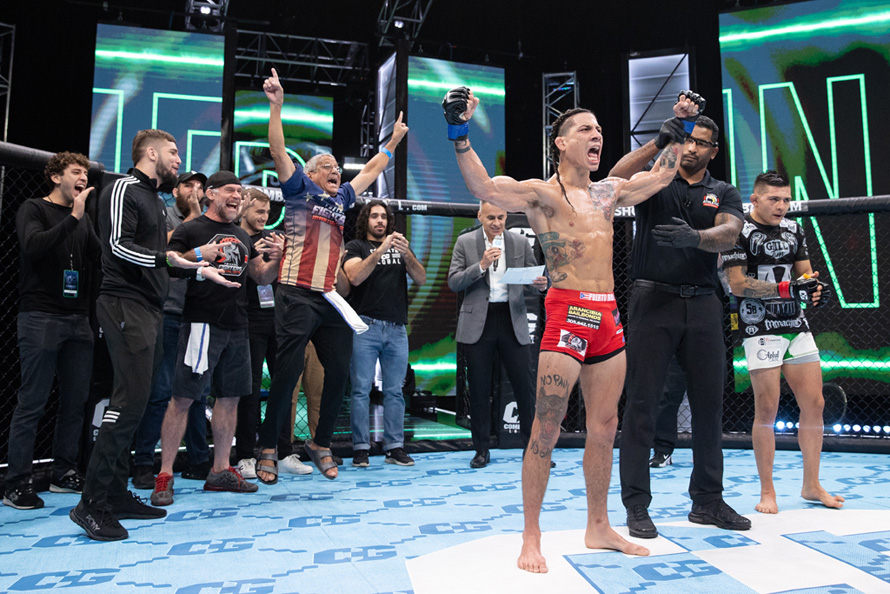 In the co-main event, Michael Reyes (8-5) solidified his spot at the number one ranked flyweight defeating Martin Davila (7-4). 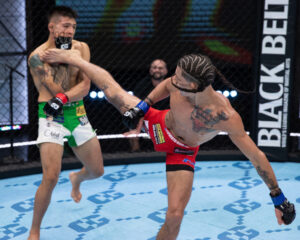 In the main event, Vasquez attempted several question mark kicks to finish off the fight quickly, but Perez kept throwing hands in an attempt to knockout Vasquez.

However, the Puerto Rican’s footwork was the key for him to protect himself from getting hit.

Although not ranked, Vasquez proved why he deserves to be ranked in the featherweight division.

In the co-main event, in a fight that was supposed to occur in July, Reyes made Davila pay for dodging him throughout fight week.

Davila had great combinations that made it difficult for Reyes to take the fight to the ground where he wanted to take the bout to.

The Last Inca, who has a solid jiu jitsu, didn’t get a chance to showoff his skills due to quick wrestling transition making frustrating for Davila to grab a hold of a submission.

Reyes continues to dominate la jaula in his weight class.

Mexico’s Max Gonzalez made quick work of the debut of Carlos Mascorro defeating him by way of rear naked choke in the first round at 3:34. Mascorro displayed his muay thai experience, but Gonzalez was just too much for his fellow Mexican.

Max Gonzalez defeated Carlos Mascorro by rear naked choke at 3:34 in the first round submission.

Victory Valenzuela defeated Bryan McDowell by arm bar submission at 58 seconds   in the third round.