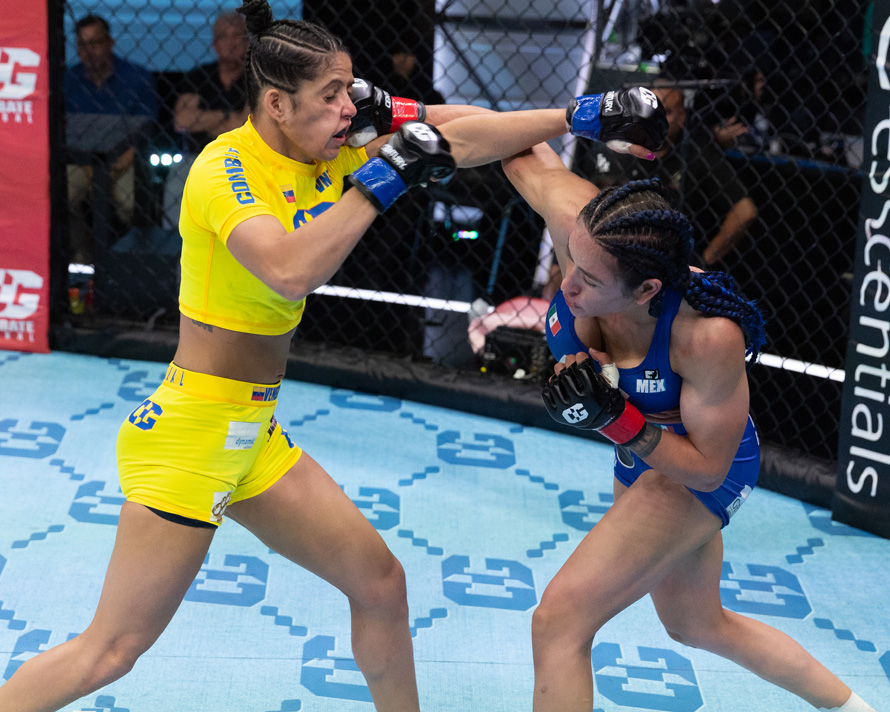 Miami, FL– Mexico’s Lucero “La Loba” Acosta (3-2) showed why she is the face of Combate Global and proved that she is more than just a pretty face defeating Mariel Celimen (2-2).

In what was built as the most anticipated women’s fight in Combate Global history and potentially the most watched female mma fight, Acosta, after being inactive since December due to an injury, counted on a heavy jab and low kick that was the recipe she needed to defeat the Venezuelan. 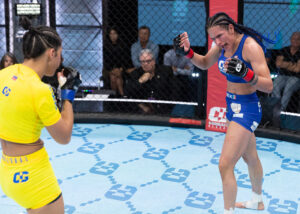 Prior to this bout, both women sparred. Acosta and Celimen were upset at each other due to the outcome of that the sparring session where Celimen submitted Acosta. However, it was a different story Saturday.

Celimen just couldn’t take Acosta down. La Loba’s takedown defense prohibited Celimen from coming in. She dictated the entire fight only once did Celimen have a ray of hope in the second round where she managed to take Acosta down, but after much inactivity the referee stood both women up.

In the end, both women showed respect and it seemed the bad blood was put to rest. 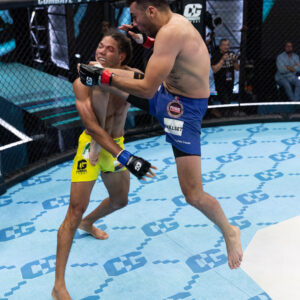 In the co-main event, Ovidio Bojorquez (3-1) defeated the more experienced Matthew Colquhoun (7-6) by way of flying knee knockout in the first round at 2:53.

Right from the start, Bojorquez opened the fight with a flying knee but failed to cash in on it early on, however, it was the right timing the Mexican hit the knee that dropped Colquhoun. Everyone in the venue was shocked by the knockout that became a highlight reel.

Also, Colobmbia’s Javier Reyes continues his wining streak extending it to six as he defeated Jose Estrada by way of unanimous decision.

Ovidio Bojorquez defeated Matthew Colquhoun by way of knockout (flying knee) at 2:53 in the first round.