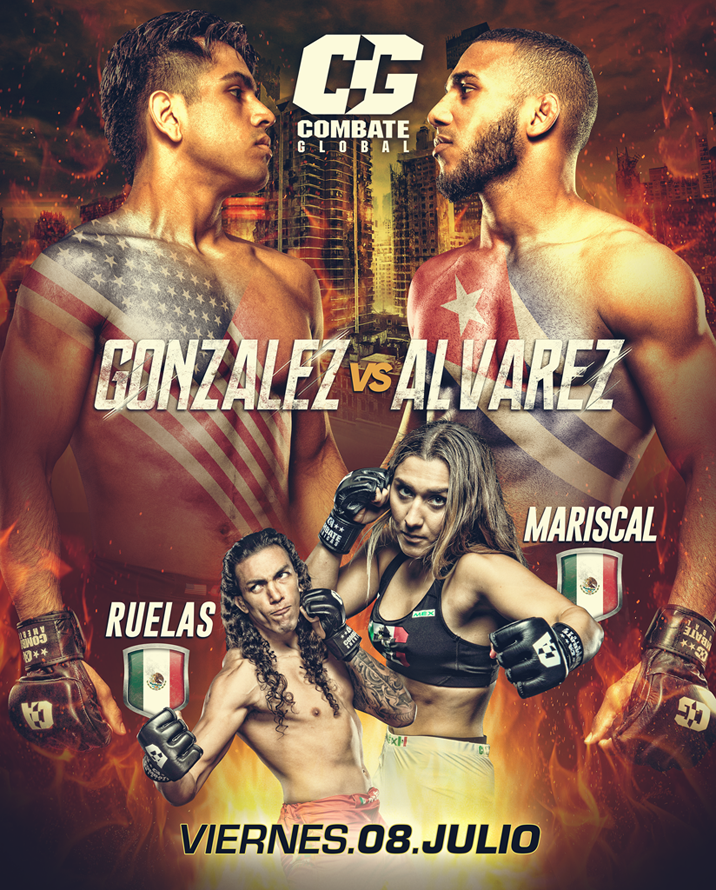 Plus, in the co-main event Mexico’s Alitzel Mariscal (2-2) returns to action after recovering from a hand injury and will meet her toughest test yet, Tennessee’s Shannon Goughary (5-7) at 115 lbs.

Alvarez first appearance in la jaula was a unanimous decision against Gerrick Bontekoe in October 2021 despite several opportunities of putting an end to the fight. But the second time around, Alvarez showed the world backed up his undefeated record by putting a quick end to Daniel Sanchez Vazquez in March 2022.

The Sanford MMA, now known as Kill Cliff FC, has a background in judo and sambo, in fact, he has a few championships won in sambo.

As for Gonzalez, who trains with VFS Academy in Chicago, Illinois, he was scheduled to compete earlier this year; however, an injury put a break to his 2022 appearance. Last year, he defeated Jean Marc Howell by way of decision, UFC veteran Jim Alers, Samuel Alvarez and Cristian Perez all by decision to win an eight-man tournament.

Both fighters know what each is capable of especially when it comes to knockout power. If the fight is a striking war, it would be curious to see who has the toughest chin because both fighters have hands of stone followed by great combinations.

However, the edge goes to Gonzalez when it comes to wrestling and cardio. But Alvarez does posses good takedown defense. Expect a chess match in this main event.

Mariscal last competed in la jaula in April of 2021 when she lost to Maraya Miller by way of unanimous decision. She trains with the Mad Dogs team in Mexicio with the likes of Periquito Madrigal, who is her boyfriend, and Rafael Espino who has competed for Combate Global. She is 2-2 in Combate Global with all of her professional career fights have taken place inside la jaula.

Both women’s expertise is in their striking. Right from the start, both women will strike. The advantage on the ground does go to Goughary, who loves to throw roundhouse kicks when possible. As the females who have competed inside la jaula, this fight will deliver mucho mas accion.