Looking for a King: The Lightweight Contenders - Combate Global
Skip to content
News » 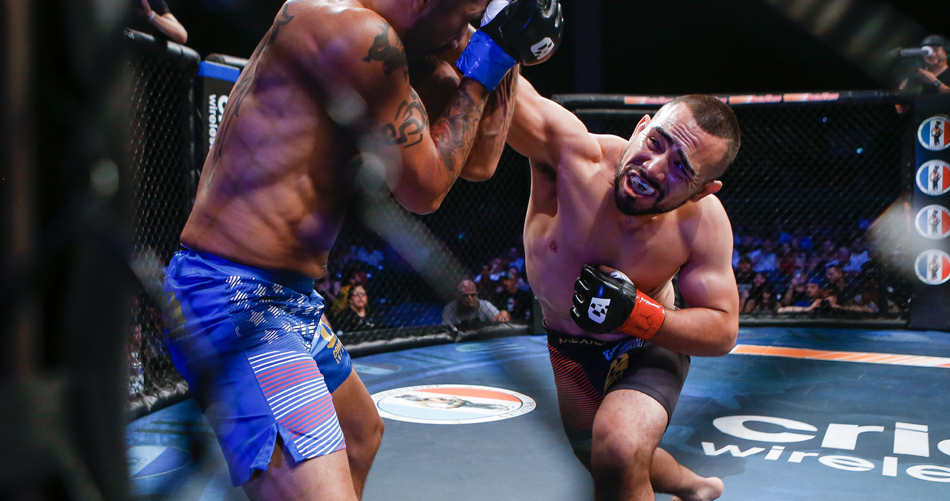 The lightweight division (155 pounds) is one of the most competitive and exciting divisions in all Mixed Martial Arts, and this weight-class in  Combate Americas is no exception.

Even without a current champion within this division, we have an explosion of talent at 155 pounds competing inside “La Jaula.”

Let’s take a look at some lightweight fighters who are currently at the top of the division. and who at some point could be at the gates of Combate Americas gold. 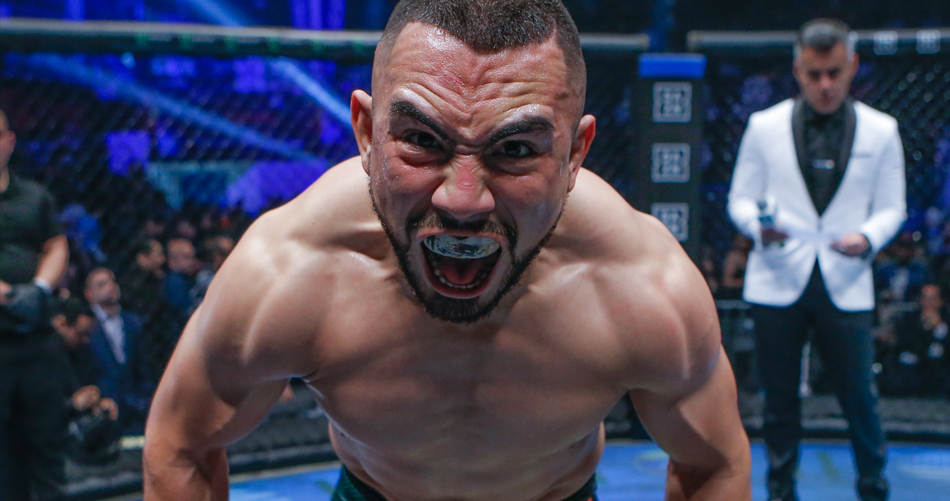 Discovered by Combat Americas three years ago in an open tryout in Los Angeles, Rafa “Gifted” Garcia (9-0) has become a star in the promotion. Honoring his nickname, the young Mexican-born fighter has dominated the lightweight division thanks to his innate talent, currently riding a four-fight winning streak.

Despite having joined the company in a lighter division (145 pounds) where he managed to accumulate a 7-0 run, “Gifted” decided to move up to the lightweight division in April of last year. The new weight seems to suit him, a fact he proved with a majority decision win over Chase Gibson.

Subsequently, he won three fights in a row, finishing each and every one of them, including two in the first round. His most recent victory was a month ago, when he defeated Estevan Payán by submission via rear naked choke in the very first round, as part of the Tucson Unbreakable card. Without a doubt, he is one of the fighters that deserves to be placed in the top of the division. 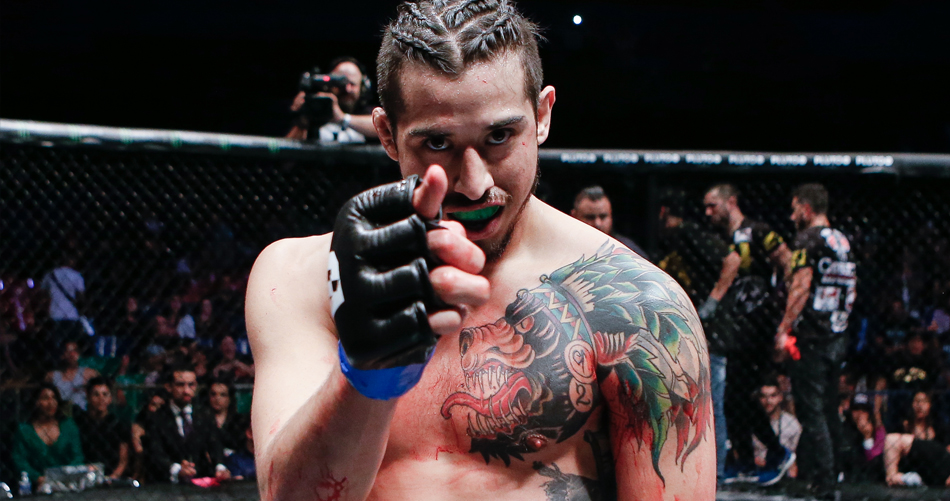 Listed as one of the veteran fighters in the lightweight division, Erik “The Ghost Pepper” Gonzalez (10-3) has been marking his territory since joining the company in 2016. In just 3 years, the 27-year-old athlete has managed to get a 6-2 record including two victories via TKO.

After trying his luck at 145 where he got his last defeat against Andres Quintana in September 2018, the California native returned to his original weight and managed to comeback with consecutive victories. The first over Alejandro Martinez, whom he defeated in less than 4 minutes, and then took a big TKO win over MMA veteran, Won Sik Park, putting on one of his best career performances.

With two victories in the 155 division out of his six Combate Americas’ victories, and with only one defeat, “The Ghost Pepper“, is, unquestionably, one of the top seeds in 155. 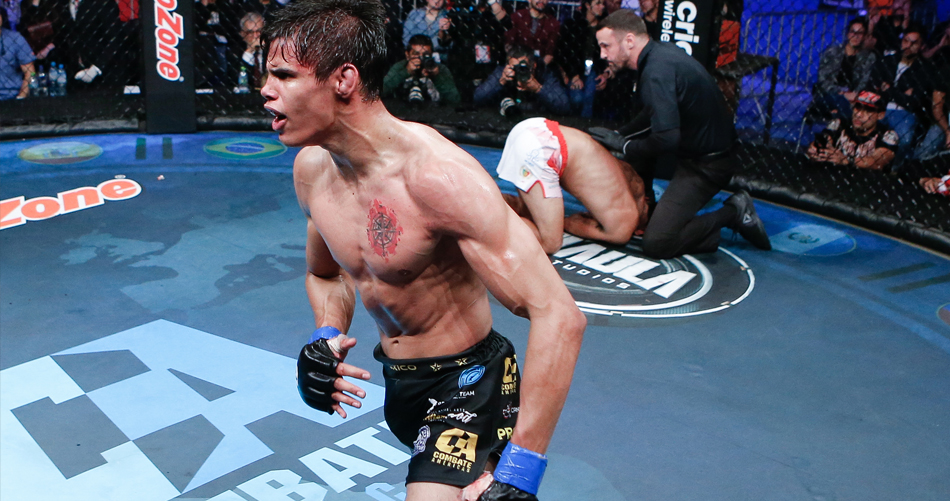 Daniel “Golden Boy” Zellhuber (8-0) is positioned as one of the best prospects in the lightweight division, and is one of the rising stars in the company. The 19-year-old Mexican has been terrorizing his opponents with surprising performances, including two TKO victories out of three wins inside “La Jaula.”

He arrived in the promotion in April of last year to face José Luis Medrano in Combate 21, where he came out with his hand raised with a unanimous decision win. But it was his performances against Salvador Izar and Geanfranco Cortez that positioned him as a real threat to all 155-pound-fighters. Thanks to his size and long limbs, Zellhuber defeated Izar with knees and ground strikes in less than seven minutes; Cortez was defeated in the third round with powerful combinations.

Zellhuber is a Muay Thai expert, one of the qualities that have led him to where he is right now, one of the most developed contenders in the last three years in Combate Americas. 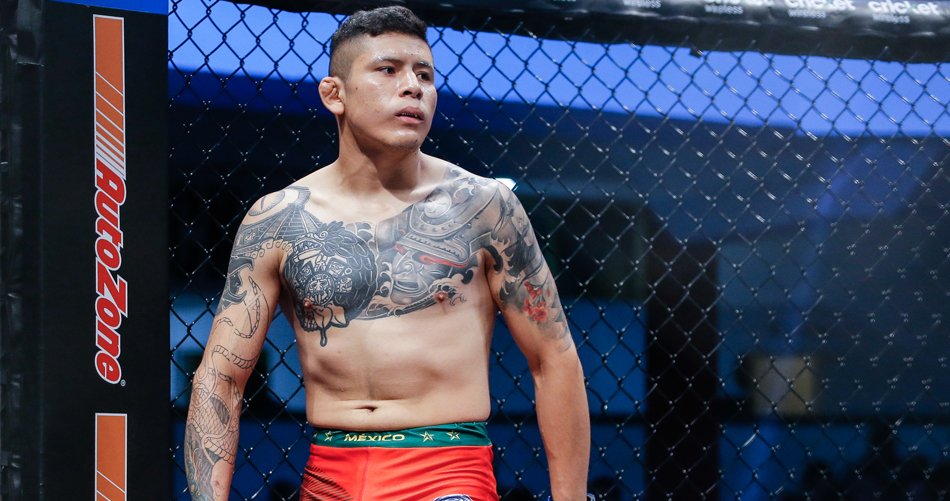 Last but not least, another Mexican makes an appearance on this lightweight contenders list. The dynamic Marco “La Roca” Elpidio (9-3-1), began in Combate Americas’ welterweight division, but he decided to lose some weight in order to improve his performances in “La Jaula.”

Elpidio came to Combate Americas in 2017 and won his promotional debut defeating Rodrigo Vargas by split decision. Later, he moved to the lightweight division and lost his first fight. However, after that he was able to stay on top of the division with outstanding performances.

In his most recent fights, he defeated veteran and renowned fighters: Enrique Marín via unanimous decision and Ricardo Arreola via split decision.  With these two victories, he secured himself among the top spots in the division.