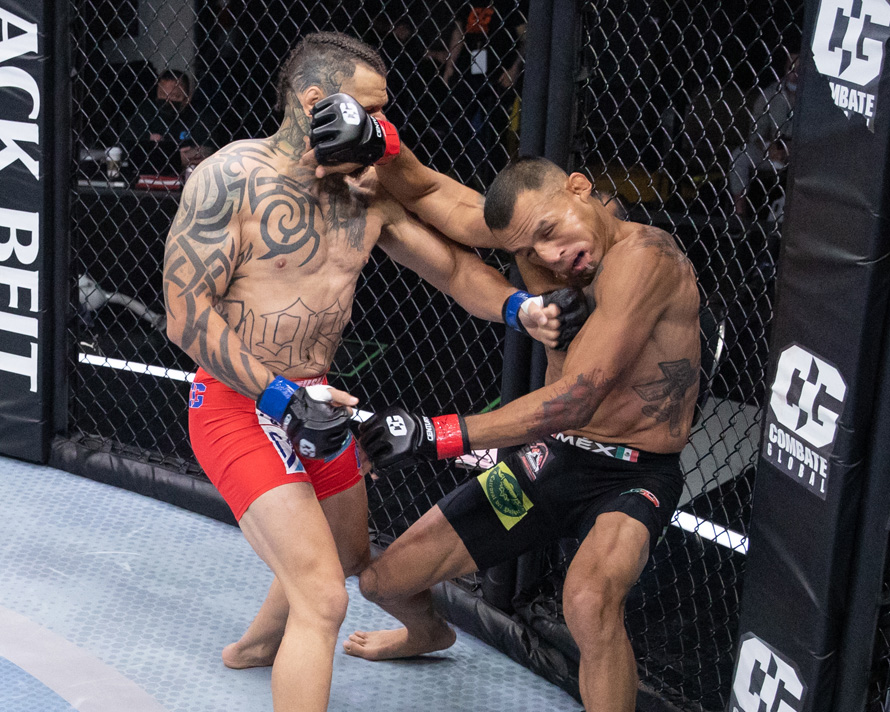 Miami, FL – Mexico’s Leonardo “Lion” Rodriguez (13-3-1) took a fight on short notice hoping to make the best of an opportunity, however, it was Marcus Edwards (14-6) to who crushed his hopes. 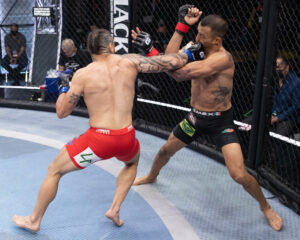 Edwards made his debut inside la jaula against Rodriguez who took the main event fight on a short notice, but unfortunately it didn’t go his way. Edwards defeated Rodriguez by way of KO at 21 seconds in the first round.

It took Edwards only 21 seconds into the fight until the referee called for a stop to the bout as Rodriguez was welcomed by a storm of punches that were too much for him to escape.

Edwards returned to mixed martial arts action back in December, a fight he lost, after being away from action for four years to focus on being a father. 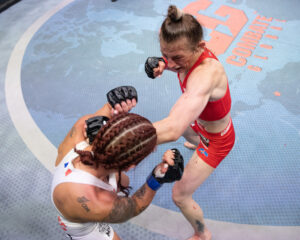 In the co-main event Gillian Noll (2-2) earned her first Combate Global victory against France’s Jennifer Trioreau (0-4) by way of TKO at 1:44 in the second round.

Trioreau’s background in kickboxing wasn’t enough to earn her first victory in mixed marital arts as Noll was just too powerful throwing heavy jabs and crosses.

Both women were bloodied right at the first round. In the second round, Noll unleashed a flurry of punches that Trioreau just couldn’t defend. The referee had seen enough and at 1:44 in the second round he stepped in and called the fight.

Both men traded blows swinging hard, but Justiz was patient picking his opponent apart. Lopez landed hands and kicks, but Justiz was just too much and the judges awarded the Cuban American the fight.

Marcus Edwards defeated Leonardo Rodriguez by KO at 21 seconds of the first round.

Gillian Noll defeated Jennifer Trioreau by TKO at 1:44 of the second round.