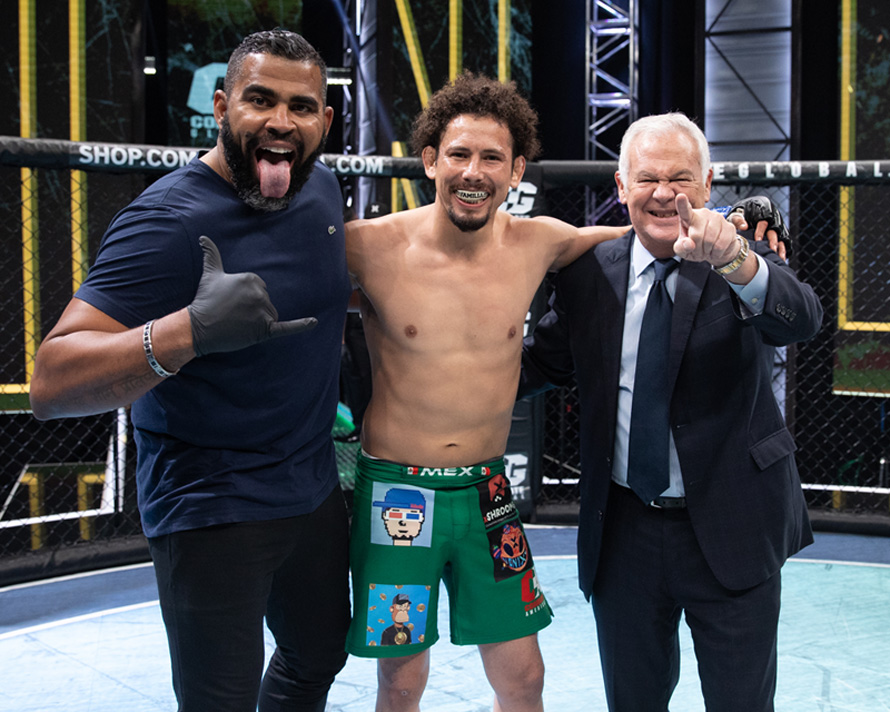 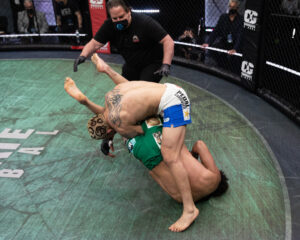 Since his debut in la jaula, Bravo has had less than three minutes of action in Combate Global. Bravo defeated Andrew Whitney by way of knockout at 1:09 in the first round in September.

In the fight, Estrada came in fierce and aggressive, however, Bravo was

A disappointed Estrada, left his left arm free while he landed right hand shots, while Bravo was on the ground. Bravo capitalized and grabbed hold of the arm to submit his foe.

After the fight, made hand signals calling for a title shot. 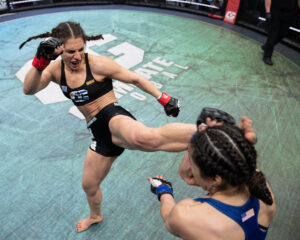 In the co-main event, it was a tough fight for Stephanie Frausto (8-9) as Camila Rivarola (4-3-1) defeated her by way of unanimous decision.

Rivarola’s kickboxing background was in full gear as she pummeled Frausto, the veteran. At the end of the fight, Frausto’s leg was bruised up both on the outside and inner leg.

Going into the fight, this competition, was meaningful for Frausto and made it seem like a must win as her record is now 8-9. Rivarola was aggressive and closed the cap preventing Frausto going for the takedown. 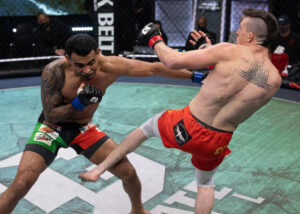 In an exciting fight, Ivan Castillo (22-13) defeated Tommy Aaron (9-6) by way of unanimous decision in a back and forth battle.

Both fighters took the fight on days notice. Castillo continues his five-fight win streak, which started in February 2020.

Also on the fight card:

Martin Bravo defeated Jose Estrada by way of arm bar submission at 1:14 in the first round.