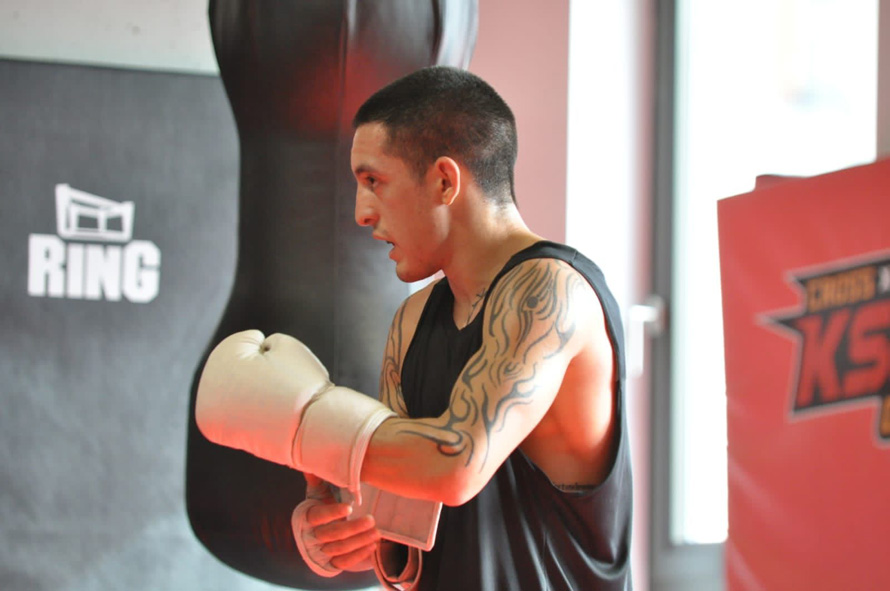 Villalba is the newest singed fighter to Combate Global and he will compete once the new season gets underway starting March 24 live on Univision and Paramount Plus.

Villalba was born with bronchitis, which made his life challenging.

“I started to train because I was bullied in school and as a kid, I suffered from illnesses which did not allow me to play, run, being exposed to the cold weather, or stress myself. In the early part of life, I was in the hospital and resting. That made my body not fully develop in my adolescence like the others until I was 14 when I was introduced to MMA. This sport saved my life. It gave me confidence, which I needed. My body strengthened and I wasn’t dependent on medication. This sport saved my life,” said Villalba, who no longer deals with his illnesses.

He recalls having a challenging time especially one incident where he went to the hospital in bad shape. He wasn’t breathing for a few seconds, but medical responders were able to revive him.

He started fighting early as he took his first amateur fight at 16. At 19 years-old, he had 27 fights under his belt as an amateur kickboxer, boxer and mixed martial artist. He quickly went pro right after.

He trains out of the La Jaula del Leon gym in Buenos Aires, Argentina. However, at times he visits other gyms and has trained with the likes of Argentina’s top fighters like Pitbull Martinez, Lucas Lubera and Molo Gonzales.

In the South American country, Villalba, who considers himself a striker, picked up a few titles competing.

He was active in 2021, picking up a 4-1 record. All his victories were by way of stoppage or submission. His only defeat last year was by way of decision in February 2021.

But looking at his fighting record, the majority of his wins, where first round finishes.
When he debuts inside la jaula, he anticipates bringing excitement and mucho mas accion.