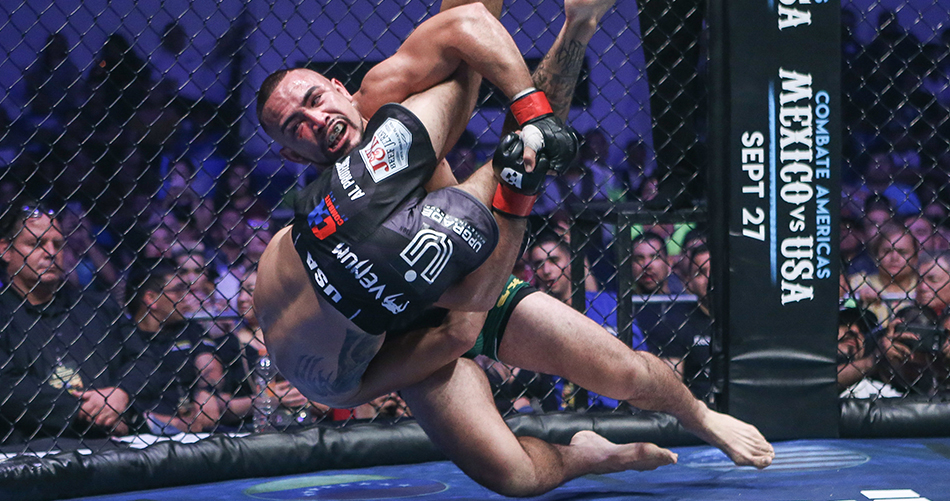 On February 21, Combate Americas returns to Mexicali, Baja California for the third time.   Local hero and Combate Americas champion Rafa “Gifted” García (11-0) will defend his title for the first time against the Peruvian and winner of the COPA COMBATE, Humberto Bandenay.

In honor of this upcoming batter, lets look back at some of the best Combate Americas moments in Mexicali:

The Gold Belongs to Mexicali

It was one of the best battles of 2019. After three action-packed rounds, Rafa Garcia was named champion, earning a victory for Mexicali.

Ochoa knocked out his opponent, Christian Gonzalez, just 7 seconds into the fight, to surpass the previous record, held by the argentine, Mark Federico Olivera (0:10).

We have seen great knockouts in Combate Americas visits to Mexicali, but this KO was one for the books.

In February of 2019, Laura Huizar faced Dulce Hernandez. In the first round, Huizar landed a beautiful kick to her opponent’s body, to take the win via KO.

Country vs country fights are some of the best, as fighters compete not just for themselves, but for their entire homeland.

Mexican Alex “Bam Bam” Velasco battle against the Colombian Javier Reyes, was no exception.  It was a three-round war between the two men, captivating the entire arena.

The young Mexican Yazmin Jauregui had the most difficult challenge of her life against the veteran and more experienced Yajaira Romo, who came off of two important victories in the promotion against Irene Cabello and Vanesa Rico.

Jauregui also came off of winning two fights in the company, but this one was perfect to prove that she is ready for great things in Combate Americas. Jauregui won by unanimous decision and is quickly becoming a star in the league.

Erick Gonzalez: Why Rafa Will Win