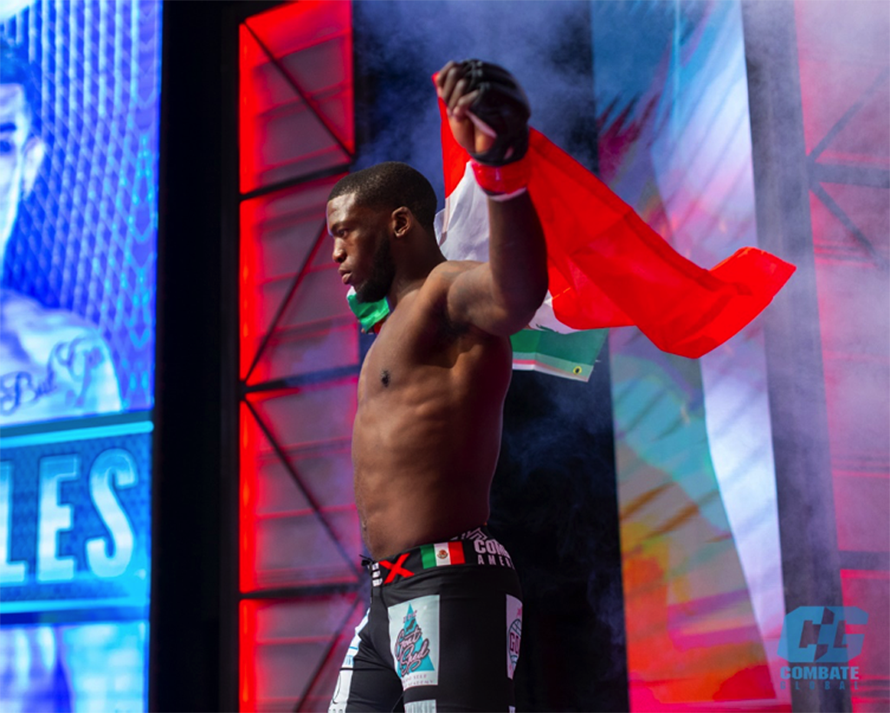 Miami, FL– North American Jimmie Pace wants to create his own image but honored to be compared to a late knockout artist

American Jimmie “Big Bucks” Pace (1-0) Jimmie Pace has been compared to the late knockout artist Kimbo Slice, real name Kevin Ferguson, but he wants to develop his own image.

Pace, who trains with the GOAT Shed Academy in Miami, made his debut inside la jaula in November knocking out Albert Gonzales in November at one minute of the first round. Due to his knockout power, fans have been naming him Jimbo Slice paying homage to Kimbo Slice, who was known for his knockouts in backyard fights and later becoming a professional mixed martial artist, where he also had his fair share of KO’s.

Pace’s first professional victory was met with controversy. Right after the win, he jumped la jaula and took over the commentator booth, which is not permitted. However, that now has been put aside and he is focused in 2023 action.

“I learned to control my emotions and being professional about things,” said Pace who is popular personality on social media. “I just feel like I bring a different type of charisma and character to the sport. I feel like I want to be able to be myself. I don’t feel it is not unsportsmanlike conduct to celebrate hard work going in there disciplined for three months, no eating, partying that is sacrifice. To go in there to fight on tv, you should be able to celebrate and express yourself. Fighting is an art it is like self-expression.”

Pace, who benches over 400 pounds and squats 600 pounds, is a graduate of Oklahoma State University and earned a degree in business administration, accounting and criminal justice and played football in college.

In his fight, he did get caught with a right hand from his opponent something that he is working hard on polishing his mistake by emphasizing on his boxing.

Pace is looking forward to competing inside la jaula as Combate Global returns in 2023.

Manny Vazquez fought the battle of his life

Claudia Diaz Could Shock the world with a...