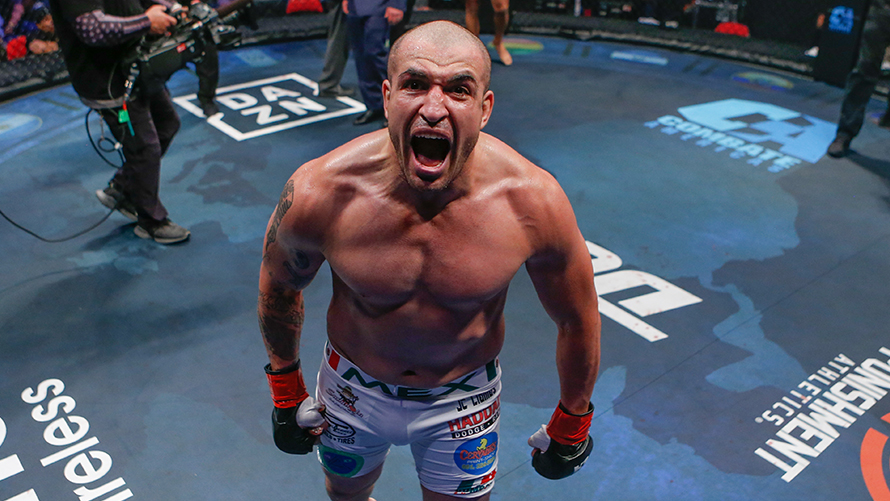 Combate Americas returned to Fresno for the third time with a stacked card that kept the audience members at the edge of their seats.

Thousands of attendees watched inside the Save Mart Center as 18 fighters entered “La Jaula”, the Combate Americas circular cage. In a shocking upset, Costa Rican Reina Córdoba won by submission to the local favorite and pioneer of MMA, Zoila Frausto.

JC Llamas also stood out in his return to Combate Americas. The veteran scored a quick victory by TKO in the first round of competition.

Combate Fresno was broadcast in the United States on DAZN and TUDN USA; in Mexico on TDN and in the rest of the world via Facebook Watch.

The official results of “Combate Fresno” are the following:

Reina Córdoba defeats Zoila Frausto via Submission (Armbar) at 2:32 of Round 1

JC Llamas defeats Ivan Castillo via TKO (Punches) at 1:38 of Round 1

Jesse Strader defeats Isaiah Batin-González via KO (Punch) at 1:56 of Round 1

Albert Gonzales defeats Havier Pedroza via TKO (Punches) at 4:53 of Round 1

Jose Avalos defeats Trey Branch via Submission (Rear Naked Choke) at 1:59 of Round 1

Paul Elizondo defeats Mike Tubera via Submission (Rear Naked Choke) at 4:59 of Round 1

Dan Argueta defeats Christian Hermosillo via Submission (Rear Naked Choked) at 1:52 of Round 1

Lucero Acosta: Proud to be a Mexican Woman

How to watch Combate Americas: Fresno