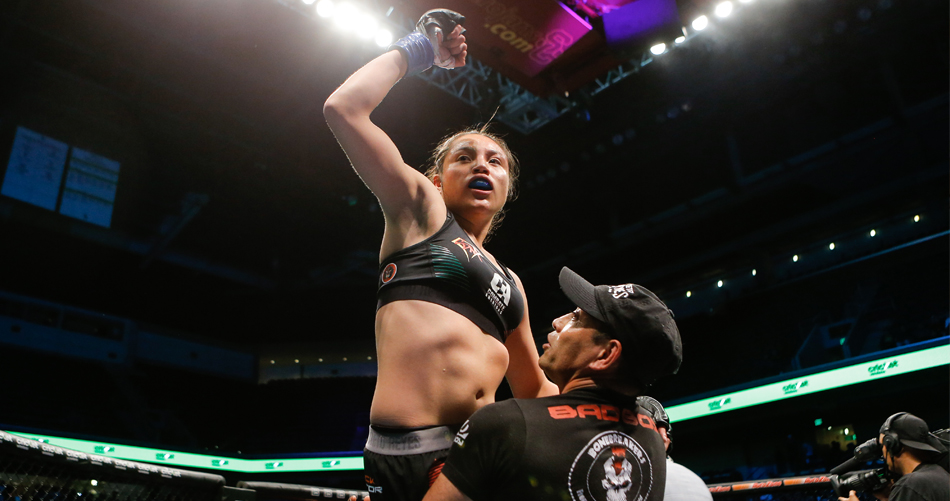 In the night’s main event, Melissa “Super Mely” Martinez out-fought Caroline “Taz” Gallardo to come out on top via KO (knee and punches) in the strawweight showdown. The match ended in the 0:50 of the second round.

In another strawweight showdown, Kyra “Mogwai” Batara dominated Francis “Hit Girl” Hernandez in a non-stop brawl that ended when Kyra submitted with an armbar at the 2:55 of the second round.

All the fights aired live on television in the U.S. in Spanish on Univision and UDN and in the U.S. and Canada in English on DAZN.

Featherweight: Jesse Strader won via TKO (punches) against Michael Jackson at 4:41 of R2.

How to watch Combate Reinas