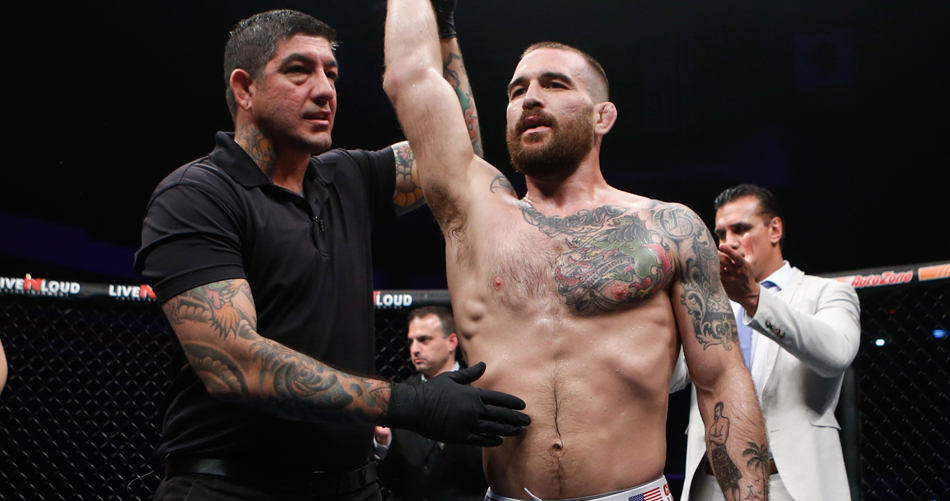 On a night filled with much more action, Combate Americas arrived in Hidalgo, Texas, with a 9-bout-card that kept fans entertained from start to finish. “TS-1 Promotions presents: Combate Americas Hidalgo”  had a preliminary card with a one hundred percent finishing rate, and it culminated with one of the best performances for a newcomer inside the company.

“TS-1 Promotions presents: Combate Américas Hidalgo” was held on Friday, June 21, at the State Farm Arena in Hidalgo, Texas, and was broadcast live on Spanish television in United States on both Univisión and UDN, and English in the USA and Canada on DAZN.

Combate Americas newcomer Cooper Gibson (10-2) faced Ricky “El Gallero” Palacios (11-2) in the main event of the evening, and he sent a clear message to the rest of the division by beating Palacios overwhelmingly.

Palacios started strong, trying to connect punches with his Mexican boxing style. However, Cooper took advantage of his reach and Jiu Jitsu to surgically execute a takedown, ending up in Palacios‘s half guard. Cooper backed up recent comments he made and finished the fight with a submission, sinking-in a tight Arm Triangle in the very first round.

Check out the best moments from Cooper Gibson's victory against Ricky Palacios.#CombateTexas

After the fight, “El Gallero” announced that he was officially retiring from MMA after a career that lasted over eight years. It was Palacios’s first defeat since 2014, ending an eight-fight-winning streak.

In the co-main event, Enrique “Baby Bull” Gonzalez and Alejandro “Pato” Martinez had a three-round war that ended up in controversy. In a bout that could have gone for either one of the two fighters, the judges ruled the victory in favor of Gonzalez by split decision. Martinez suffers his second consecutive loss inside the company.