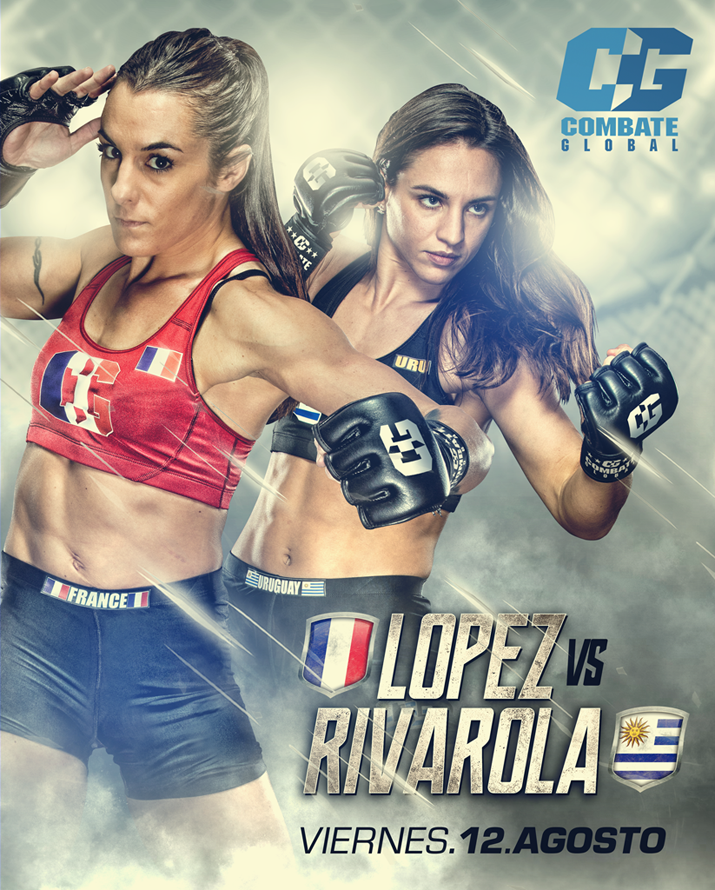 France’s Claire Lopez (6-4) will face-off against Uruguay’s Camila Rivarola in a 115 pound fight.

Both women know each other well as they both had a few sparring sessions a few years ago.

However, that was a few years ago and both have evolved as fighters. Also, both competed in last year’s first all women tournament in August.

For Rivarola, she competed in la jaula back in December defeated veteran Stephanie Frausto by way of decision. She trains out of the All Stars Gym in Sweden, where Alexander Gustafsson and Khamzat Chimaev train out of. She has a kickboxing background earning several championships.

As for Lopez, she trains out of the Great Top Team. She has been out of action recovery from a knee injury. The last time we saw her compete inside la jaula was in the finals of the all women’s tournament when the winner Yamin Jauregui defeated her.

Expect a high level stand up fight from both women. Although it has been sometime since they train, they are sure to remember some of the gaps in each other fight game. The chances of the fight going to the floor are slim, but Lopez might be the one to take the fight to the floor first.

Chavez, who trains with the Bonebreakers, made her debut back in April defeating Bianca Marquez, who counted on a strong wrestling background and standup. However, in her debut, Chavez stepped up to the plate preventing Marquez from taking her down and exposing her holes in her stand up game.

But she is up against an undefeated Chavira who last saw action inside la jaula in December when she defeated Tyler Schaefer by split decision. Like Chavez, Chavira counts on crisp boxing as she trains with the Dominate Fitness and MMA in Arizona.

Expect this fight to be a standup war with tons of exchanging. Chavez should be the more aggressive of the two fighters, so Chavira will have to use her jab and reach.

It’s a classic fight of striker vs striker.