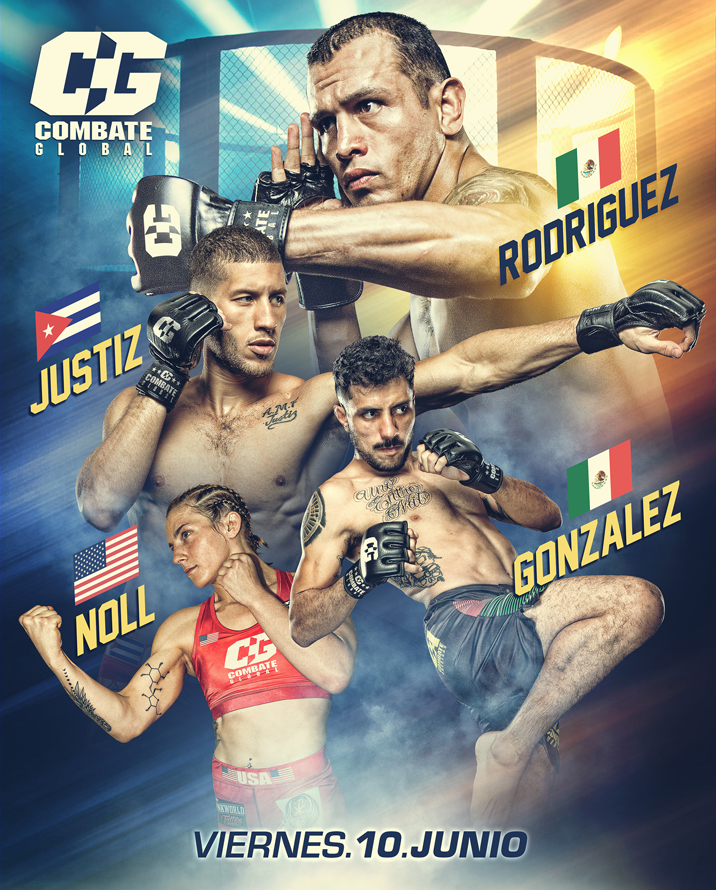 The event airs on Univision and TUDN at 12 a.m. ET.

Edwards was scheduled to face Marcos Lloreda, but failed the Covid-19 protocols.

“I have always wanted to return to fight for Global Combat and this opportunity arose, if you sit and wait for the right conditions, they may never come. I have always liked challenges and we know that this is it,” he said.

Rodríguez last competed inside la juala in October 2018 against Ramón López. He won by technical knockout in the second round. He is riding a three-fight win streak with his last win coming in October 2021 when he submitted Marcos Mariano in the first round.

He understands the challenge he will face.

“Well, it’s a strong test. It’s been many years since I’ve fought at 170 pounds and a win in this division would open up a great opportunity for me,” he said.

Let’s take a look at this fight and what fans can expect.

Edwards makes his debut inside the cage and is coming off a long list of fights against notable names, including Justin Gaethje, Efrain Escudero and Pat Healy. Most recently, he is coming off a loss to Dilano Taylor for a regional title. He took the fight on short notice and after taking a break from fighting for a few years to focus on his family.

Rodriguez has multiple wins via submission or stoppages. His most recent victim was against Marcos Mariano who he submitted with 3:38 in the first round. Rodriguez, who trains with the Bonebreakers, the home of Global Combat Bantamweight Champion David Martinez. Although he took the fight at the last minute, Rodriguez said he has stayed ready for a fight.

The key to this fight is whether Rodriguez has the stamina throughout the fight. It’s a weight class he hasn’t fought in a while, but he’s eager for a win in this division. Both men will waste no time and will be throwing fists from the start. Taking a last minute fight is like not knowing what hand you’ve been dealt with in a poker game. However, both athletes know what is at stake and will deliver in the main event.

In what could be the fight of the night, Noll returns to la jaula after her debut earlier this year against Kristina Pettigrew in a fight she lost by decision. The Warrior Camp fighter has powerful shoulders adding extra force in her punches and she is more than willing to take the fight to the ground if needed.

France’s Trioreau has a decorated career in kickboxing and will display it inside la jaula. Her last fight was in November and was defeated by technical knockout. But she is more confident than ever and is confident in her evolvement as a well-rounded fighter.

Styles make fight and this is the perfect example. Both these women are not shy about throwing punches and kicks. Both have great cardio and will fight till the last bell. Expect a back-and-forth fight between these athletes with a slight chance that Noll might take the fight to floor, but highly doubtful.

Lopez hasn’t competed in sometime due to personal matters but has been itching to compete. He has been training with well respected a gym in Mexico for this camp. He has a strong background in Kung Fu thanks to his father and is a Pan American champion in Sanda, also known as Chinese boxing.

Justiz is coming off his first defeat in the professional level when he was submitted by Mauricio Rios in November. His teachings at Freedom Fighters have helped him mature as a fighter and will potentially help him improve to 2-1 inside la jaula.

Expect Justiz to be more composed instead of trying to finish the fight quickly. As for Lopez, he will exchange and study his opponent until he feels comfortable to unleash. If anyone will go to the ground, it will be Justiz where he has the advantage.