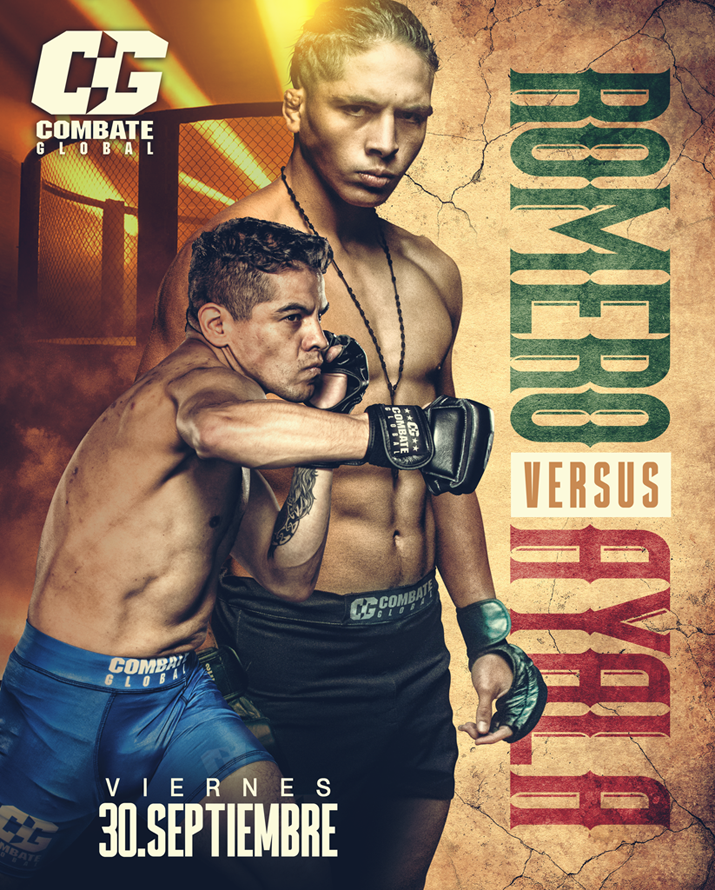 Romero returns to action after defeating former undefeated Ivan Tena back in August after he had a great performance displaying his sharp boxing. Romero trains out of California’s Team Oyama home to world champions. With a background in Lima Lama, a Polynesian art of self-defense, Romero, who won last year’s fight of the year award when he took on Zedekiah Montanez in a draw, counts on fast footwork and fast hands. He is on enjoying a four-fight win streak and a draw.

Ayala is making his debut to la jaula. He counts on a respectable submission ground game. He originally started training in boxing, but later made the transition to mixed martial arts. His last fight was in a July losing by way of decision. However, Luta Livre orange belt is confident that he will obtain a victory.

Look for Romero to search for a knockout early on the fight. His quick footwork and bodywork could be overwhelming for Ayala. However, Ayala needs to not give in the aggression and be patient to search for a takedown where he can potentially apply a submission.

The last time Vergara was in action inside la jaula was against Combate Global bantamweight champion David Martinez. He took the fight on days notice, however, he was unsuccessful losing by way of technical knockout in the first round.

However, prior to that, he was on a rampage defeating two of his opponents in the first round including a nine-second knockout by way of a flying knee. The Chilean fighter has a solid background in kickboxing and trains out of the Goatshed Academy in Miami.

Meanwhile, trains out of Relentless Fighting Academy. His most recent fight was against Humberto Diaz defeating him by way of rear naked choke. When he started his professional career, he was on a tear going 5-0 to start off his career. The nerves will be felt for Gallegos who is fighting in the United States for the first time.

Expect for Vergara to push the pace of the fight and come forward. If Gallegos exchanges and plays Vergara’s game, it could be detrimental for his debut. However, if he is patient and uses his footwork it could be the key to winning the fight.

Ever since her loss against Isis Verbeek in July of 2021, Gallardo has been unstoppable. With her quick hands and kicks, she has defeated heavy hitters such as stand-up fighter Camila Riverola and Criszaida Adames back in December.

Her last victory was against Stephanie Page by way of technical knockout in May. She plans on extending the winning streak to four.

On the other side, Gallardo might face her toughest opponent to date against Taylor. A seasoned veteran, Taylor has shared the cage with the likes of Jessica Penne, Jessica Aguilar and former champion Weili Zhang. Her last fight was in March. The competition did not go her way as she lost by way of decision.

Expect Gallardo to push the pace of the fight right from the start. Taylor is more of a counter puncher with a heavy overhand right. Gallardo needs to be on the lookout as Taylor could go for a takedown.