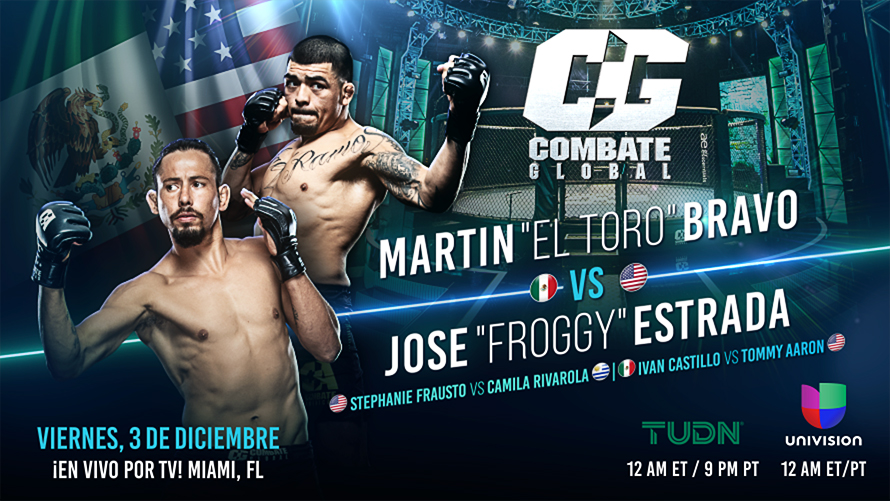 Miami, FL– The charismatic Jose “Froggy” Estrada (7-2) returns to action but will face perhaps one of the toughest opponents in his career yet in Martin Bravo (12-3). 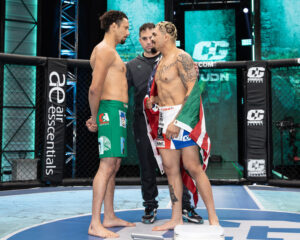 Estrada brought the heat when he returned to action against former The Ultimate Fighter participant Lenardo Morales, where he won by majority decision.

Look for the fight to start off with both fighters testing each other, but don’t be surprised if Bravo goes for the takedown quickly to throw off his foe.

For this fight, Bravo trained with wrestling extraordinaire and mma veteran Antonio McKee and his son Antonio McKee Jr., a mma champion. He anticipates a war with Froggy.

As for Froggy, his is sharpening his tools at the Westcoast Jiu Jistu but is looking forward for a showdown. Expect him to throw fist right from the start. But he needs to watch out as Bravo has dynamite in his hands.

Both women enter la jauala after competing in the eight women one night tournament in August.

Frausto has the experience and is the complete fighter of the two. She will attempt to box but there is no doubt she will take her opponent to the ground and search for a submission.

While Rivarola will need to play the distance and prevent Frausto to shoot for a takedown if she wants to keep the fight standing.