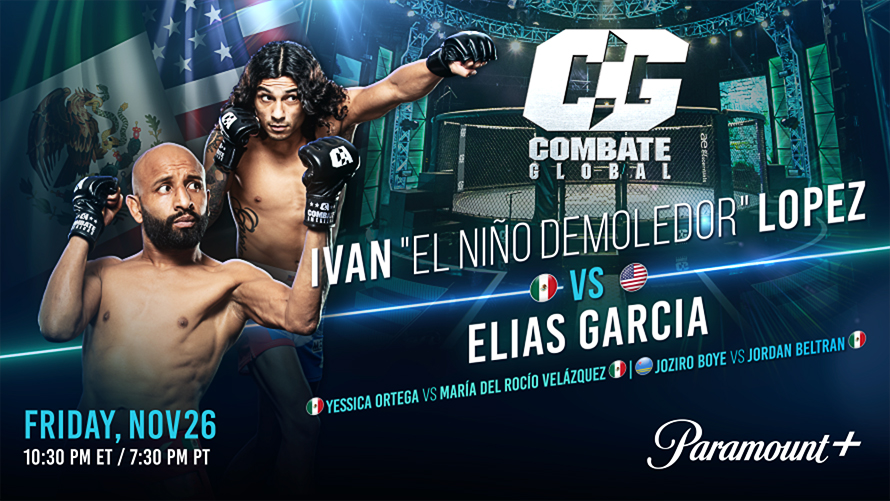 Miami, FL– It has been a few years Elias Garcia (6-2) a few years, since he has laced up his gloves and competed in mixed martial arts, but he will return to action this Friday, November 26, in la jaula against the seasoned Ivan Lopez (14-5-1).

Also on the card, the co-main event will feature the debuts of Yessica Ortega (0-1) and Maria del Rocio Velazquez (0-0) and a featured fight between Jordan Beltran (11-7) versus the return of Jairo Boye (17-6-1).

Now, let’s look ahead of what Combate Global fans can anticipate. 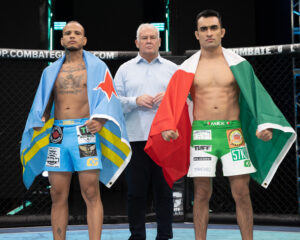 In his debut, Boye took a last-minute fight against Ayadi Majdeddine in September. However, the result of the fight ended in a no contest after an accidental blow in the first round.

However, this time Boye had a chance to prepare and train with a full camp. Meanwhile, Beltran is coming off a defeat by the hands of Erick Sanchez back in June.

He was scheduled to return right after, but he unfortunately caught the Covid-19 virus. He is in high hopes training hard.

Both fighters aren’t shy from throwing their hands. Expect this fight to remain on the feet and heavy exchanges between two warriors that can take a punch. 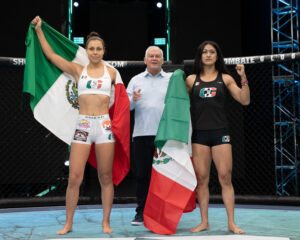 Both ladies are making their Combate Global debut, but the butterflies could impact Velazquez more who his making her professional debut.

In her first fight, Ortega suffered a defeat by way of unanimous decision. She is not afraid of an exchange warfare. In her first pro bout performance, however, she tended to keep her hands down exposing her face.

She’ll need to keep her hands up as she is facing an experience fighter in Velazquez with a strong background in muay thai.

It is a great opportunity for these ladies to make a name for themselves in a large stage like la jaula. 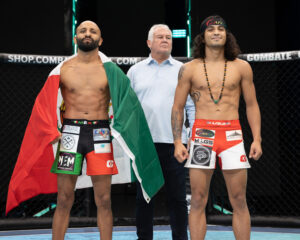 Garcia has not competed since 2018. A relative of the Pettis brothers, Garcia wants to make a name for himself in the sport and is going into the main event with in a must win contest. He has competed in the UFC and trained with Rofusport and now with Team Mo Yama home to Carla Esparza, Alex Perez and Gianni Vasquez.

Lopez trained with AKA, home of Daniel Cormier and Cain Velasquez, but has now transitioned to trained with veteran Antonio McKee, who has excellent wrestling. He has not competed since May when he lost by decision inside la jaula.

Look for a both fighters to test each other out in the standup game, but Garcia should pull the trigger on a takedown searching for a submission. A win for Garcia would solidify his existence in MMA, while Lopez needs a win to prove he is more than a gatekeeper.