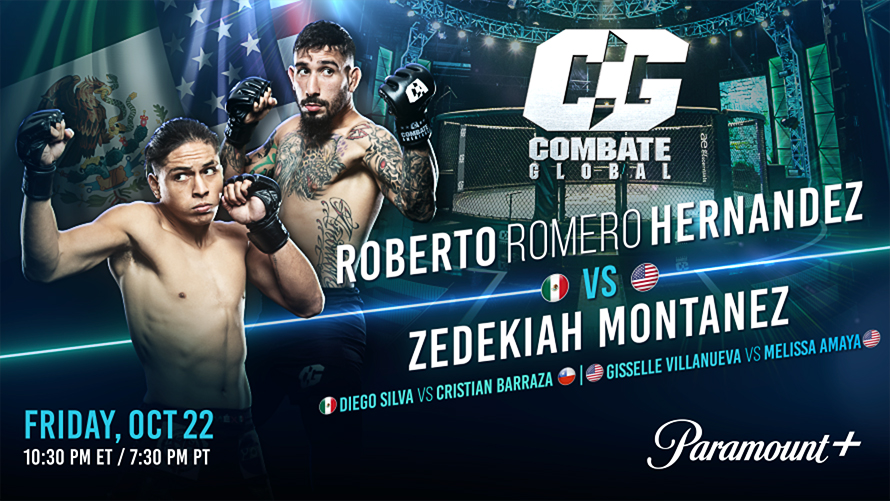 Miami, Fl- Mexico’s Roberto Romero Hernandez (4-2) will roll out the red carpet for undefeated fighter Zedekiah Montanez (4-0), who makes his debut in Combate Global in this week’s CG2021 October 22 main event, while fans will Mellissa Amaya (0-0) and Giselle Villanueva (0-0) will compete in la jaula in their first professional fight.

The fight card airs live starting at 10:30 p.m. ET on Paramount Plus (English) and midnight on Univision (Spanish). 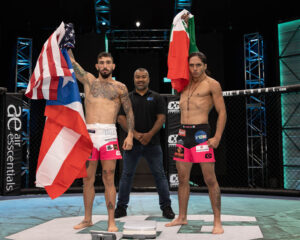 Hernandez is undefeated in la jaula and he is riding on a three fight win streak this year. Both of his Combate Global wins have come by knockouts.

Meanwhile, Montanez steps in the jaula for the first time and puts his undefeated record on the line. Three of his victories have come by way of submission or stoppage.

Montanez has a heavy straight right hand and a hard-hitting left hook. Anticipate Montanez to be the aggressor of the two fighters. He might also pull out some tricks with some unexpected spinning elbow.

On the other side, Hernandez is an aggressive fighter, and he won’t back down from a fight. He too will bring his set of arsenals. Lookout for fast hands, combinations, and good footwork. He counts on a good jab setting him up for a flurry of punches and quick kicks. 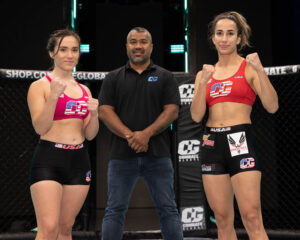 Both women will make their professional debut on a large stage. Nerves will kick in, but once settled anticipate both fighters to test each other and find out what direction the fight will go.

Although both had amateur experiences, once the bright lights and cameras are on them, the mental aspect comes into play.

Villanueva took the fight in days’ notice, while Amaya has been ready to make her decut since the summer. However, expect to experiment before she finds herself in the fight.

Amaya, a registered nurse, likes to grapple but can throw heavy hands. She trains with Juliana Pena, Combate Global commentator, at the Sikjitsu and promises to deliver a competitive fight. 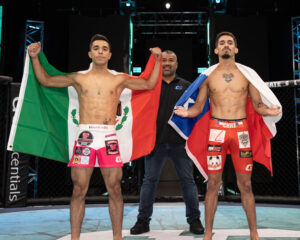 Silva makes his debut inside la jaula against a favorite of Combate Global in Chile’s Cristian Barraza who is in search for his first win this year.

However, unlike other fights where a win is just a win, Barraza is competing for a spot in this year’s Copa Combate and represent his country.

He is taking this fight personally as he has not been home since his last competition in September. He has spent his time at Blacxicans training ground in Mexico improving on his boxing.

Meanwhile, Silva’s made his professional debut in May. His debut was in a tournament where he won. However, he is currently in a two-fight losing streak and would like to get back to the win column.

The fact that Barraza has been working on his boxing is proof he wants to keep the fight standing considering that all of Silva’s victory have been by way of submission.