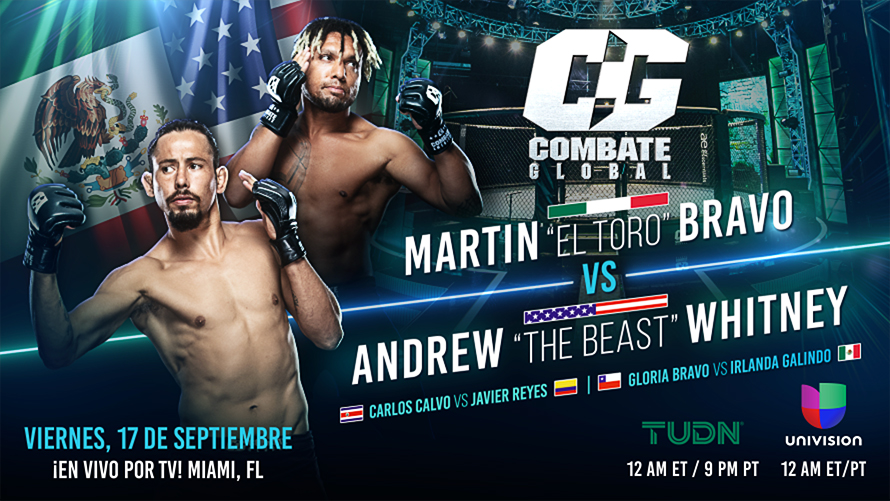 Miami, FL -A winner of a mixed martial arts reality show will make his debut inside la jaula and a young superstar returns to action as she faces her toughest challenge to date. 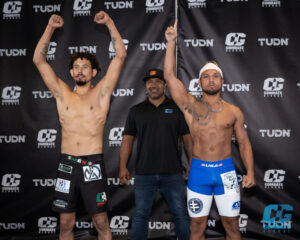 It has been two years since Bravo competed inside the cage, however, the Mexican is itching for a victory as he wants to earn a victory and snap his three-fight losing streak. He has defeats against fellow Combate Global fighter Humberto Bandenay, Alex Caceres and in his last fight a loss against Steven Peterson, which he lost by TKO in the second round.

To switch gears, he is now training at the Nick Diaz Academy in Stockton, California. The Ultimate Fighter” Latin America 3 winner is anticipated to bring a different style compared to his previous performance. Anticipate Bravo to stand up and break down Whitney leading him to the floor, where he can search for a submission. The Diaz brothers are known for a dirty boxing style with top notch jiu jitsu. Clearly, Bravo will put what he has learned to the test.

However, Whitney is no walk in the park. The powerful fighter has a strong aggressive approach. Training with top level fighters over at Sanford MMA, Whitney is also on a losing streak. For him to get back on the winning column, he should not engage in a fist fight nor get too close to Bravo where he can quickly go for a takedown. Unlike Bravo, Whitney just competed last month. He should take advantage of a potential ring rust. Look for Whitney’s hard shots. 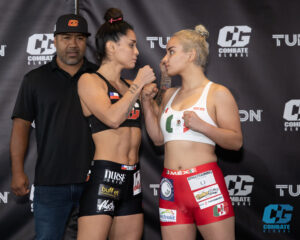 Looks can be deceiving. That is the case for Galindo who is only 18 and just recently finished high school. The Mexican surprised the mma world with a submission victory against a tough judo expert in Maraya Miller back last month. The young fighter displayed a good arsenal with her hands and impressive ground game.

However, she faces her toughest opponent in Bravo, who just defeated her opponent by way of submission. Expect Bravo to keep the fight standing known that Galindo displayed a reputable ground game. But Galindo is not afraid to go toe-to-toe with Bravo. It’s an interesting matchup which could result in an exiting fight. 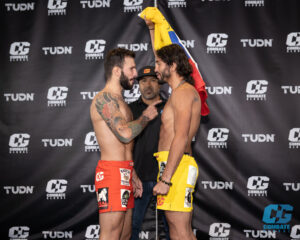 Colombia’s Reyes will face Costa Rica’s Calvo, who has a bitter taste from his last fight. Calvo fought Levy Marroquin in a split decision in July. The judge’s decision left many pondering the result. Either way, Calvo is focused is what is at stake with Reyes, who is riding on a two-fight win streak. His last fight was in May, which he won by submission in the third round.

Calvo is a fast fighter not afraid to trade blows and even venture on the ground game. Reyes is not shy enough to interchange with his foes. Expect a three-round warfare between these two fighters hungry for a win.