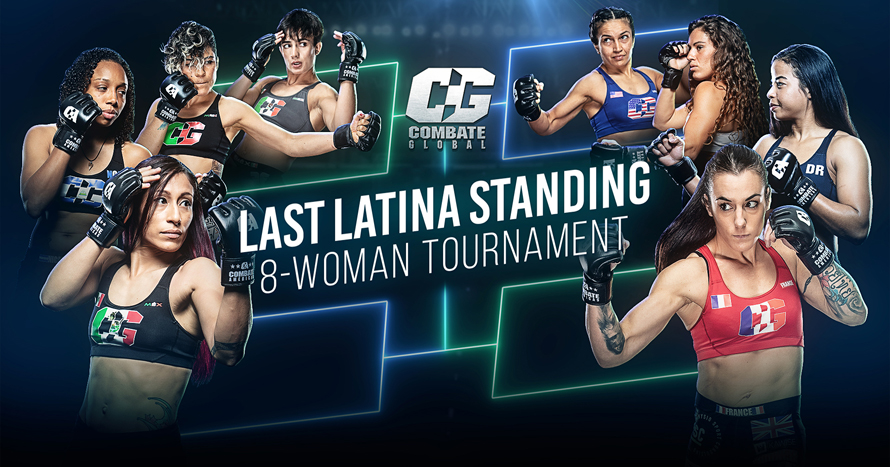 Miami, FL- For the first time, Combate Global will host its inaugural 115 pound all women’s tournament this Friday.

In a reserve bout, Camila Rivarola (4-3) will meet Caroline Gallardo (4-4). In case of an injury or any reason a participant can not continue, the winner of Rivarola and Gallardo will fill in.

The following participants will go toe-to-toe in the quarter finals.

Let’s take a look at the following participants.

The former synchronized swimmer returns to la jaula after losing to Criszaida Adames back in April by way of unanimous decision. Cedillo used her stand up game to find a way to defeat Adames, who is also a part of the tournament. If Cedillo manages to make her way to the finals, there is a chance she could avenge her defeat from Adames. Cedillo comes in active unlike her first opponent in the tournament Claire Lopez, who has not competed since 2020. 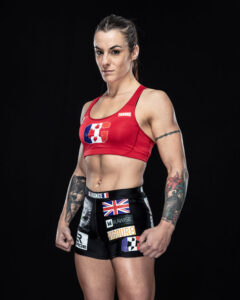 With 13 years of experience, the Great Britan Top Team standout hopes to put Europe women’s mma on the map by winning the tournament. Her last fight was in September 2020. She came off short of a win, however, she did suffer an injury prior to the fight but she decided to compete no matter the circumstances. Her victories have come by way of submissions and knockouts. Lopez will more than likely attempt to fight Cedillo on her feet than on the ground, which could be a fight that could deliver fireworks to kickoff the quarter finals. She is a strong candidate to win the entire tournament. 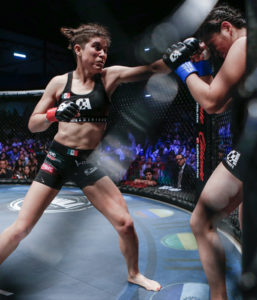 Mexico’s Vargas is coming off her first ever defeat back in June of 2019 when she lost by way of submission to Desiree Yanez in the third round. Vargas is looking to bounce back and how sweet it would be to get back in the win column by winning a tournament. Matching her up against Diaz is sure to be a treat for fans as Vargas loves to stand and carries an impressive career list of victories; all of her four victories have come by way of finishes. 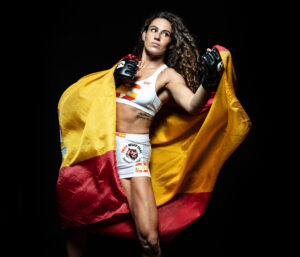 On the heels of her first professional mma victory, Diaz will step in displaying her incredible background in Muay Thai. She obtained her first MMA win in April when she defeated the popular Dulce Garcia by TKO in the second round. The Spaniard is now training at MMA Masters, after spending a lengthy period training at Tiger Muay Thai in Thailand. If she is able to defend any potential takedown and keeps every fight standing, Diaz could see herself coming out on top. 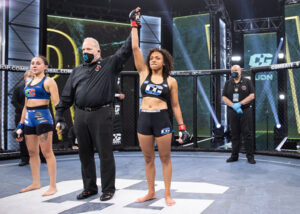 Cunningham is coming off a victory against Iveth del Carmen back in late June. She was victorious at 4:34 in the second round by way of shoulder choke. The MMA Masters standout’s victories are as follows: two of her three wins have come by way of submission. More than likely, the Nicaraguan will use her ground game in hopes of earning a quick submission victory, but she has a strong challenge in Adames, a powerful undefeated fighter who is a favorite to win the tournament. 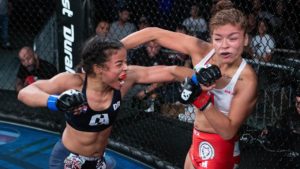 Adames returns to la jaula putting her undefeated record on the line. This will be her third time entering la jaula. The Dominican defeated Cedillo earlier this year by way of decision in a fight, where she for the most past, controlled. Adames has shown resilience and power inside la jauala. She made her debut back in 2019, two of her victories have come by way of decision, a submission, and a KO by way of knee. She has great hand combinations, but her wrestling could be the key in her winning the tournament. 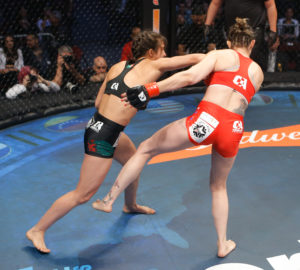 Jauregui has only gone the distance once. Majority of her fights have all been finishes. The young Mexican has been on fans radar as a strong up and comer ready to make waves in MMA. She has a chance to have all the attention by winning the tournament. Her last fight was in November 2020 where she defeated her opponent by way of doctor stoppage. Look for Jauregui to push the pace early on in the quarter finals hoping for a quick finish. She has quick and fast hands; however, she meets a veteran in Stephanie Frausto, who has over 15 fights. 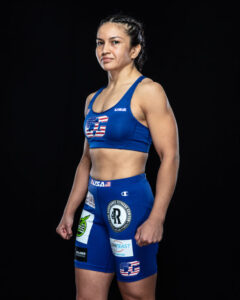 Frausto has felt she has been in the shadow of her sister, Zoila Frausto. Winning the tournament will help her have the spotlight on her. A stand-up fighter, Stephanie will not hold back playing the striking game with Jauregui. Her last fight was in November 2020 where she lost by TKO in the first round. Winning the tournament for her would be monumental.