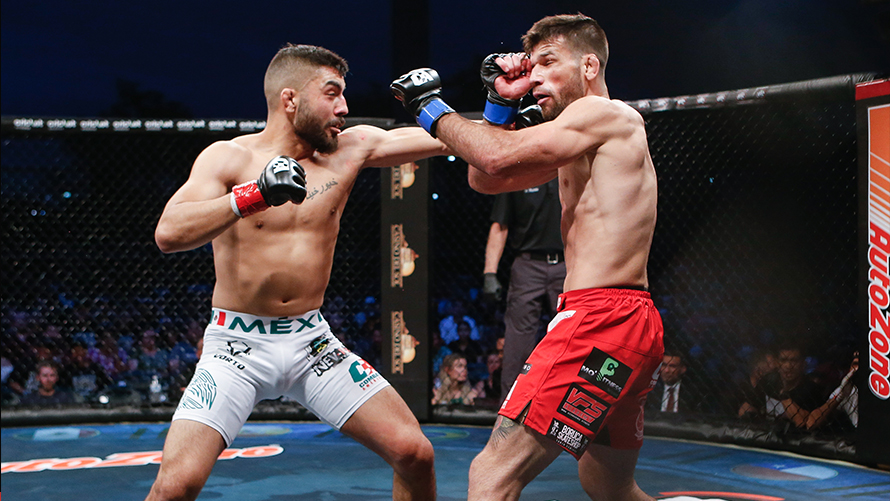 1. Who was your toughest victory against in MMA and what made the win so challenging?
Pube: My toughest victory in Combate was definitely Jose Calvo.
2. There seemed to be a lot of feeling out between you both for the majority of round 1.  What are your thoughts on Calvo’s striking and was it something you were being cautious with?
Pube: I believe my striking was better, however, Calvo is a guy with a lot of power and I had to be smart about it, but i definitely landed the harder and best shots.
3. Towards the end of the first round you buckled his legs with a straight right.  After a feeling out round like it seemed to be up to that point, what sort of information does that give you in terms of how you might stop him on the feet?
Pube: It showed me I had the power to do it, but more important, I think it showed him that, but he recovered so quick it told me I had to stay sharp and smart.
4. You handled the grappling exchanges well enough to keep the fight mostly on the feet.  Were you ever in danger at any moment on the ground?
Pube: I didn’t feel in danger at any point on the ground. Round 3 was the one he got the most control, but it was more out of me being tired and him pushing for the takedown more, but he was already tired too and didn’t feel the same. I want to think the body shots I landed throughout the fight mattered.
5. What would you say was Calvo’s strength in that fight?
Pube: He is a complete fighter and he showed it – super strong with a good ground game and good stand-up too. I’m sure we will be seeing Calvo fighting the top notch fighters in Combate.
6. Any final thoughts on the fight as a whole?
Pube: I think it was a great fight for me and for both of us. It’s one of those fights that no matter the result both fighters come out a better fighter than before.
Be sure to follow Pube at @pubeknows
Watch the full fight here: