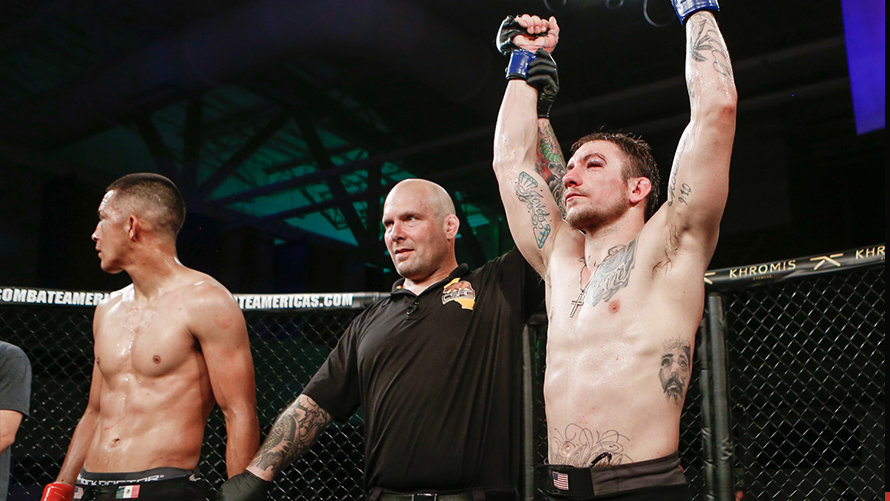 Answer: I’d say my toughest victory so far would be my 1st fight with Combate Americas. It was my 3rd pro fight against Jose Aguayo at 145lbs, a weight class higher than my usual. It was the most challenging for a couple of reasons. Number 1, it was such a short notice fight that I only had 12 days notice, and 2, he was just flat out tough so I put on a great show for the fans and fought until that very last bell rang.
Answer: He was durable, but I just wasn’t being as cold and calculated as I’m capable of. When someone comes out ready to fight after taking so many shots I’m thinking, we got ourselves a proper fight, because I’m ready to throw as many shots as they can take. By the end of it we easily had a fight of the year candidate.
Answer: It’s safe to say at this point that my game-plan was and always is to score a knockout anyway I can whether it’s a 1 shot knockout or a 4 piece combination. I fight for the fans because the fans are who really matter.
Answer: The fact that I took this fight on 12 days notice and Aguayo being durable is what made this a huge fan favorite fight. I made mistakes I just flat out don’t make with a full camp but it worked out for the fans so I’m happy about that. I can’t wait to put on more exciting shows for the Combate America’s fans.
Be sure to follow Jesse @jessestrader135
Watch the fight here: