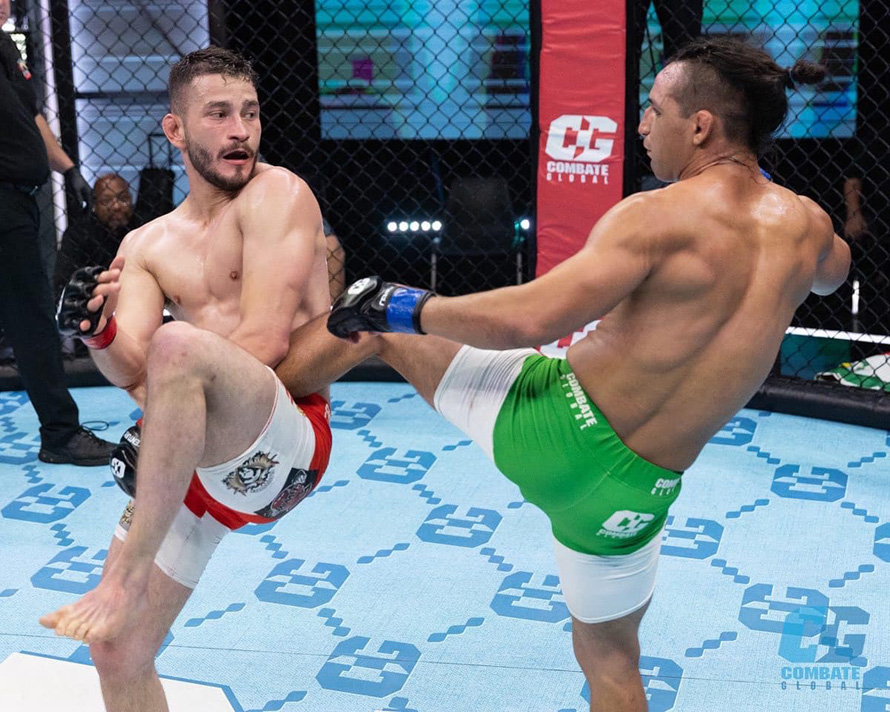 On this Friday’s CG 2022 October 21: Cisneros vs Vizcarra fight card, the Wildboy was too much for the youngsters from Chiapas, Mexico.

Right from the start, Vizcarra was aggressive moving forward, which left Cisneros questioning his game plan.

Both men traded hands, but Vizcarra changed levels and took his opponent to the ground that is where he found much success. He did try to finish the fight by attempting a submission in the latter part of the fight, but Cisneros escaped.

Wildboy just had too much control on the ground making it very difficult to land any offense on Cisneros’ side.

In the co-main event, with an injured hand, Shaheen Santana (7-2) defeated Alejandro “El Pato” Martinez (13-5-1) by way of rear naked choke submission at 4:47 in the third round.

The fight favored Martinez, as he was being consistent with his stand up game. But in the middle of the fight, Santana showed that his energy wasn’t 100 percent. In fact in the first round, Martinez hit a body shot that was vividly seen that impacted him.

However, it was in between the second and third round that Santana’s corner advised him to take Martinez to the floor where he success.

With seconds left, Santana worked for the submission where he choked out Martinez by way of rear naked choke submission in a fight that seemed like Martinez would win if it went to the judge’s decision.

Also, Elizabeth Mogollan (1-4) obtained her first professional victory by defeating Diana Sanchez (1-1) by way of TKO in the third round at 4:46.

Shaheen Santana defeated Alejandro Martinez by way of a rear naked choke submission at 4:47 in the third round.

Elizabeth Mogollan defeated Diana Sanchez by way of technical knockout at 4:46 in the third round.

Felipe Efrain defeated Leo Muniz by way of TKO (injury) in the first round at 4:59.

Mauricio Rios defeated Gerardo Quintana by heel hook submission in the first round at 1:43.